The UK will aim to reduce its carbon emissions by 50% from 1990 levels by 2025. Despite a turbulent few days, the Energy Secretary bowed to pressure and turned up […] 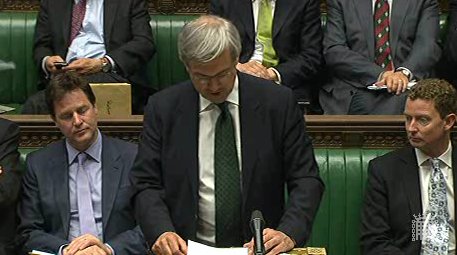 The UK will aim to reduce its carbon emissions by 50% from 1990 levels by 2025. Despite a turbulent few days, the Energy Secretary bowed to pressure and turned up in person to deliver the originally written statement.

Chris Huhne laid out the Department of Energy and Climate Change’s proposals which he says will send “a clear message to the world.”

The plans set a fourth carbon budget of 1950 million tonnes of carbon dioxide equivalent for the period of 2023 to 2027 and follows advice from the independent Committee on Climate Change.

The legislation for the fourth carbon budget comes into effect by the end of next month.

Mr Huhne said the UK’s targets would encourage Europe to follow suit: “We are sending a clear signal to the international community that the UK is committed to the low carbon economy. This will help us reach agreement in Europe on moving to a 30% emissions reduction target – and build momentum toward a legally binding global climate change deal.”

Under the Climate Change Act of 2008, emissions reductions by the UK’s industrial and power sectors are determined by the UK’s share of the EU Emissions Trading System cap.

Mr Huhne said that if the EU Emissions Trading Scheme cap wasn’t ambitious enough, it could create strain on other sectors and would therefore need a review in 2014.‪

He said: “If at that point our domestic commitments place us on a different emissions trajectory than the Emissions Trading System trajectory agreed by the EU, we will, as appropriate, revise up our budget to align it with the actual EU trajectory.”

Prime Minister David Cameron showed his support: “When the coalition came together last year, we said we wanted this to be the greenest government ever. This is the right approach for Britain if we are to combat climate change, secure our energy supplies for the long-term and seize the economic opportunities that green industries hold.”