An obscure Amazonian bean has been found to contain as much energy as a lump of coal. Brazilian scientists have revealed the beans of the Joulous potentsia also known commonly […] 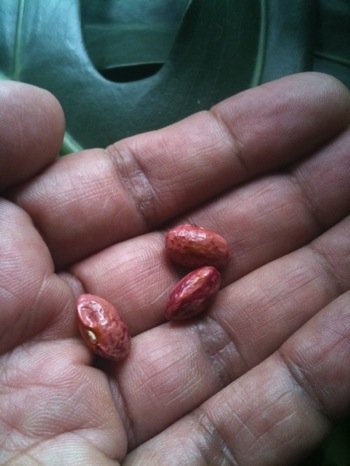 An obscure Amazonian bean has been found to contain as much energy as a lump of coal. Brazilian scientists have revealed the beans of the Joulous potentsia also known commonly as the Muga Muga plant have as much potential energy as one of the purest forms of coal.

If the power of the bean can be harnessed it can provide biomass fuel for millions across South America and beyond. The news has caused a stir among scientists globally who believe it could well be the answer for cheap biomass fuel in developing nations negating the need for expensive wind or tidal power schemes and cutting back their demand for fossil fuels.

Professor Domingo De Abril of the Federacion Internationale Biologia research institute based in the Tocatins region of Brazil told ELN the bean was potentially going to change the energy balance in developing nations.

“This bean is amazing, it is made of a high density protein which can be refined into an oil which has the equivalent energy of coal. We have seen the bean growing in the rainforest around the Cerrado region for many years it is from the Muga Muga plant whose leaves are brewed by the locals and used for mild flatulence relief.

“Our scientific teams were doing regular testing of the plant for other medicinal uses when we discovered the high enegy potential of its beans. In simple terms its as powerful as coal!”

The scientists discovered that the bean has a potential energy of 32,700 Kilo Jules per Kg. Anthracite one of the purest forms of coal has energy of 35,000 kJ/Kg. So in simple terms a handful of beans can provide the same power as coal without any C02 emissions.

Prof De Abril added: “Our tests have shown the bean can simply be turned into an oil the way we have done with castor beans in other parts of Brazil which can then be used for powering motors, engines and cars even. This plant is easily grown in many south American nations and even further afield. We think it can be the answer to cheap sustainable power for many millions in developing nations.”

The bean is soon to be sent to other research facilities to be tested but if the claims of the Brazilians can be proved a bean from a plant that stops wind could provide power for many.