The Government’s plans for building two new nuclear power stations a year are far too ambitious and unrealistic. That’s the findings of the Energy Select Committee who have been looking […] 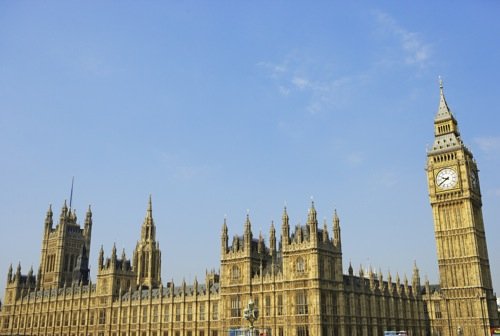 The Government’s plans for building two new nuclear power stations a year are far too ambitious and unrealistic. That’s the findings of the Energy Select Committee who have been looking at the National Policy Statements on energy.

Tim Yeo MP, Chairman of the committee said:”Hooking up this amount of new nuclear and other generation to the National Grid poses an unprecedented challenge. Two plants a year is a very high target to reach.The NPSs lack any real framework for coordinating the process of setting and linking up the new power stations.”

The NPSs cover six areas of energy the Government wants to address to secure future supply – an overview of energy for the UK, fossil fuels, renewables, gas, electricity networks and nuclear power. The aim of the NPSs is to speed up the planning process for major energy projects, but the committe warned at present they do not prioritise low-carbon generation over conventional capacity and could herald a “dash for gas” which is currently plentiful.

Mr Yeo added: “New rules are needed to fast track energy projects through the UK’s notoriously glacial planning system. If these new policy statements don’t put the cleanest forms of energy at the top of the agenda they will leave us dangerously dependent on fossil fuels. The UK’s energy security and our prospects for creating a successful low-carbon economy depend on the Government kick-starting a dash for low-carbon technology, not a new dash for gas.”

In response a DECC spokesman said: “The need to bring about billions of pounds of investment in low carbon energy sources is precisely why we are currently consulting on the most fundamental reforms to the electricity market since privatisation. A quarter of the UK’s existing generation capacity will need replacing by 2020, as many nuclear and coal plants reach the end of their lives – that’s 19GW or around 20 large power stations. Some new gas-fired power stations will be needed to complement low carbon generation.

“The National Policy Statements set out a clear need for investment in a diverse range of energy sources, so that we are not heavily reliant on just one or two technologies. By setting out this need we give investors the certainty to bring forward proposals that maintain security of supply and reduce the carbon intensity of our energy mix.”

The MPs report raises concerns about the level of investment uncertainty created by giving Ministers the ultimate power to decide on planning decisions. The Committee called on the Government to publish criteria against which the Secretary of State should exercise his or her discretion.

The NPSs will be finalised and presented to Parliament in the spring.