The Spot market of the EU Emissions Trading Scheme (EUETS) has been suspended since Wednesday after a Czech firm said some 475,000 emissions allowanced had been stolen from its national […] 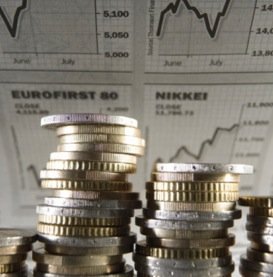 The Spot market of the EU Emissions Trading Scheme (EUETS) has been suspended since Wednesday after a Czech firm said some 475,000 emissions allowanced had been stolen from its national registry. The market closure is likely to last well into next week as the EU asks all member states to boost cyber security.

The Commission stressed it has not shut down the European carbon market, since the market consists mainly of futures, where delivery does not take place immediately. The spot market is only a fifth of all trading and so far the suspension has had minimal effect on trading.

A spokeswoman for npower’s trading desk told ELN: ” The future is still trading and there is more hedging being done on the future market while the spot is suspended. There’s plenty of liquidity around and so it’s not really affected day ahead prices. We’ll not know the real effect of this until there has been a EU investigation.”

Sanna-Maaria Mattila from the Dutch exchange ApxEndex welcomed the suspension : “We find it positive that EU has taken actions and hope it will lead to structural improvement in the CO2 market environment.”

The Commission decided to suspend transactions in national registries following a series of cyber attacks. Three attacks have taken place since the beginning of the year and other registries are known to be vulnerable. As to how much was stolen, the Commission’s best estimate is that roughly 2 million allowances, representing a total of less than 0.02 % of allowances in circulation, have been illegally transferred out of certain accounts.