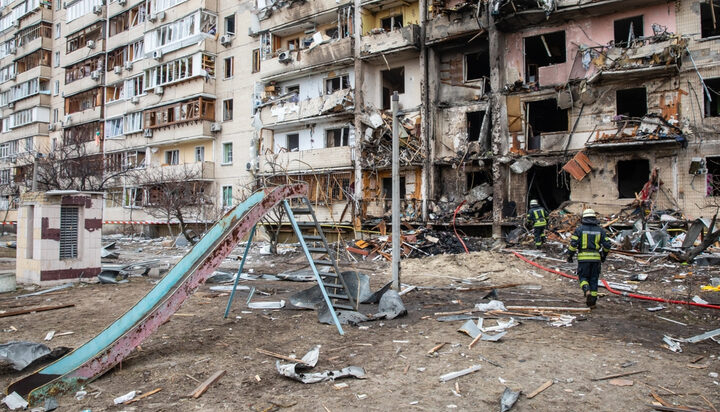 Ukraine has claimed that Russia’s invasion of the country has led to a large amount of greenhouse gases (GHG) being emitted.

At COP27, the nation stated that this equates to the climate impact of adding 16 million cars to the UK’s roads for two years.

The claims have been made by Ukraine’s Environmental Protection Minister, Ruslan Strilets, who claims the war has led to 33 million tonnes of GHG emissions.

He intimated that the country was now in the process of collecting evidence against Russia for what it alleges are environmental crimes.

Strilets stressed: “Russia has turned our natural reserves into a military base. Russia is doing everything to shorten our and your horizons. Because of the war, we will have to do even more to overcome the climate crisis.”

The environmental impact has been calculated by Ukraine looking at fires stemming from the war and oil burnt during various attacks.

Ukraine claims that it has evidence of 2,000 environmental crimes that include forest destruction, toxic gases being released and water sources being damaged. It intends to sue Russia if it can prove these allegations.