They are developing two methanol-fuelled engines for the yacht, which is expected to be delivered in 2026 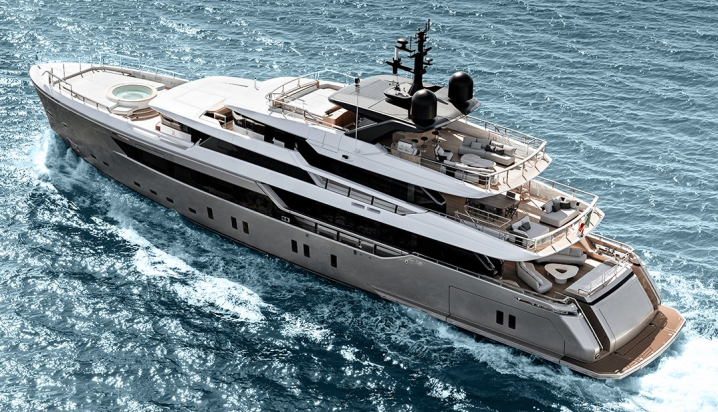 Rolls-Royce and Italy’s Sanlorenzo have teamed up to build a large motor yacht with a propulsion system that can run on “green” methanol.

They have signed a memorandum of understanding for the development of two methanol-fuelled engines for the yacht, which is expected to be delivered in 2026.

Green methanol is produced using renewable sources such as solar or wind power.

Hydrogen is collected and synthesised using carbon and oxygen captured from the atmosphere, with carbon in the form of CO2 released into the air during combustion.

The companies claim no more CO2 is released than was absorbed during production of the fuel and therefore making it carbon-neutral.

Denise Kurtulus, Vice President of Global Marine at Rolls-Royce Power Systems said: “We’re making shipping more environmentally friendly and easier on the climate and this agreement is a big step forward in the right direction.

“Synthetic methanol, produced using electricity generated from renewable sources, is the obvious fuel of the future for many maritime applications – not least yacht propulsion. This is because methanol is a liquid which is easy to manage and people are already used to handling it because it is already available in ports today. Sanlorenzo is one of the most innovative yacht builders, making it our partner of choice for this project.”
.