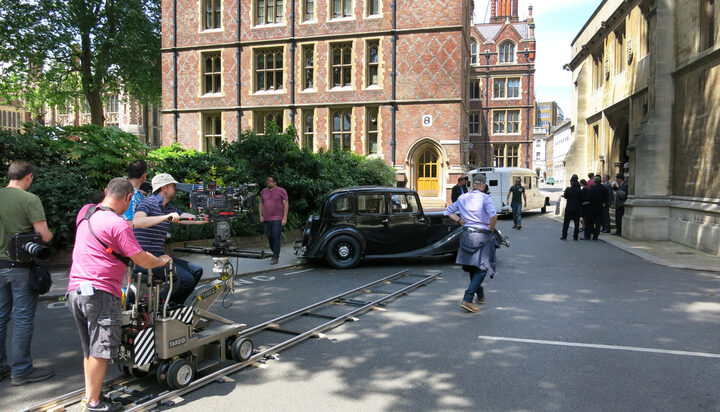 TV and film industries have been given a green motivation to continue filming in a more sustainable way in London.

UK Power Networks (UKPN), which owns and maintains electricity cables and lines across London, the South and East of England has announced that London locations favoured by the TV and movie industry will be among the first sites in the capital to get permanent electricity connections.

Currently, film crews working at three sites across Battersea and St James Park, have to plug in petrol and diesel generators to supply energy where they need it.

The new grid project is predicted to help crews reduce their carbon footprint and noise pollution while filming.

Adrian Wootton OBE, Chief Executive of Film London and the British Film Commission, said: “With demand for content higher than ever and the sheer popularity of London as a filming destination, our industry faces a growing imperative to be more sustainable.

Adam Lakey leading the projects in UKPN, said: “As we all strive to meet the government’s targets for a net zero economy, it is vital that we all reduce our emissions and push towards a cleaner environment.”

A recent report by the British Film Institute estimated that big-budget blockbusters produce around 2,840 tonnes of carbon dioxide over their production.