Festival-goers leave the festival and tonnes of plastic waste destined for landfill – including tents, used underwear and condoms 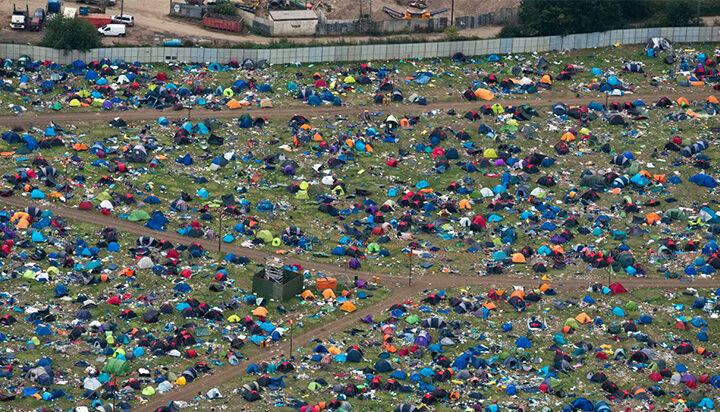 Reading Festival, which saw the likes of Stormzy, Liam Gallagher and Post Malone perform across the weekend has come to an end – but its environmental footprint is far from gone.

Around 100,000 people flocked to the festival after the cancellation of last year’s event and have not only left the event but left a wave of abandoned tents that are destined for landfill.

The discarded plastic tents, which could reportedly take up to 10,000 years to fully decompose in landfill, add to the tonnes of other waste generated by festival-goers.

Reported by Berkshire Live, a security worker at the festival said: “You don’t even want to know what I’ve seen. We’ve had soiled underwear – always women’s underwear weirdly, never men’s – and condoms, used and unused.”

The Association of Independent Festivals (AIF) has launched the ‘Take Your Tent Home’ initiative, claiming that around 250,000 tents are left at music festivals across the UK, with the average tent weighing around 3.5kg and makes up the equivalent in plastic as 250 pint cups.

The initiative also calls for supermarkets and retailers to stop advertising the tents as ‘single-use’ items, claiming this leads to approximately 900 tonnes of plastic waste per year.

Lilly Robbins, Sustainability Manager at the Festival spoke to the BBC: “Unfortunately tents are one of the worst things to try and recycle. In some instances they do go to charity.

“The ultimate messaging is take your tent home. It’s the best thing people can do. We do have salvagers come onto the sight each year, so for a few days after the festival finishes they take what they can for homeless charities and food banks.”