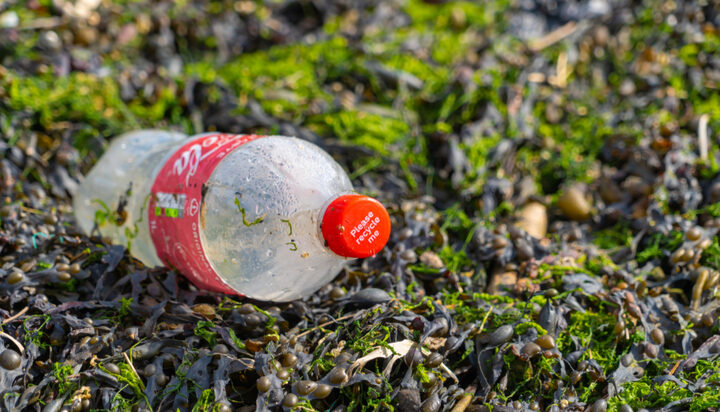 Coca-Cola is the most littered brand on UK beaches, according to a new report.

The report has been released by charity Surfers Against Sewage (SAS), which claims that two-thirds of the UK’s plastic and packaging can be traced to just 12 companies.

The charity has based this claim on the pollution collected from its Million Mile Clean, of which Coca-Cola items were found ‘three times more often’ than other brands.

It has revealed the pandemic may have influenced the type of items recorded in this clean-up, with Stella Artois and Budweiser cans crawling into the top ten most polluting items, hence the inclusion of their parent company Anheuser-Bush InBev in the list.

SAS highlighted that in 2019, this company was eighth in its list of polluters but shot up to third in 2021, which it linked to the closure of pubs, bars and restaurants during lockdowns.

The charity is calling on the government to issue a ‘Deposit Return Scheme’, whereby drinks containers of all sizes are returned, not just smaller ones. It claims this would capture 80% of Coca-Cola’s products.

SAS Chief Executive Hugo, said: “Serial offenders including Coca-Cola, which tops the leader board year on year as the worst offender, are still not taking responsibility. Legislation such as an ‘all-in’ deposit scheme needs to be introduced urgently and governments need to hold these companies to account and turn off the tap of plastic and packaging pollution flooding the ocean.”

Coca-Cola’s statement on the matter is as follows: “Like everyone, we care about reducing packaging waste and we don’t want to see any of our packaging end up where it shouldn’t. All of our packaging is 100% recyclable and our aim is to get more of it back so that it can be recycled and turned into new packaging again.

“It’s disappointing to see any packaging being littered and that’s why we support the introduction of a well-designed Deposit Return Scheme which would encourage people to recycle rather than litter or throw away.

“In Great Britain, we’re continuing to work with numerous organisations to encourage more recycling on-the-go and we’re actively supporting a number of initiatives with the aim of making litter something of the past.”

future Net Zero has contacted Anheuser-Bush InBev for a response.