The new cup, created by the recycling company Circular&Co, will be available in the UK stores on 20th August 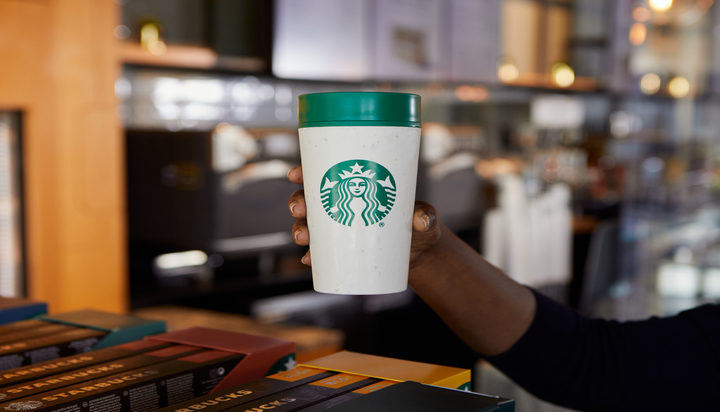 Starting from 20th August, Starbucks stores in the UK will be able to serve their coffee in a new ‘circular cup’ made from six recycled single-use cups.

The offering is part of the company’s goal towards becoming more circular and has been created by Cornish company Circular&Co, which claims to have developed the ‘world’s first’ reusable cup made from paper cups provided by the coffee giant through existing waste infrastructure.

Starbucks’s support has also allowed the recycling company to scale up and move production of the cups from China to a factory in St Austell, Cornwall.

Last month, Starbucks rolled out strawless lids to save 40 million plastic straws across its stores in Europe, Middle East and Africa.