The UK gas system was “undersupplied” this morning as demand has “picked up slightly”, the daily market report from npower suggests. The line pack is forecast to close around 14 […] 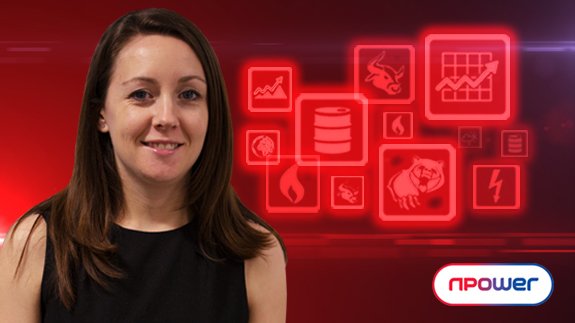 The UK gas system was “undersupplied” this morning as demand has “picked up slightly”, the daily market report from npower suggests.

The line pack is forecast to close around 14 million cubic meters (mcm) short as the UK is expected to export around 17mcm of gas to Europe today, Client Portfolio Manager Sarah Marshall (pictured) said.

However, while there has been a pick-up in BBL flows to around 24mcm, “prompt and near-curve gas prices are roughly flat on last night’s close”, she added.

The power margin is however “very healthy” at 14.6GW despite wind generation dropping to around 1.5GW. Production from nuclear power plants remain “unchanged” at 7.1GW but it could pick up towards the end of this week as Dungeness B22 unit is due back from maintenance today.

Ms Marshall adds: “The curve remains largely driven by the ongoing situation in Ukraine. Gains yesterday morning were eroded yesterday afternoon following news that Vladimir Putin has urged Gazprom not to request upfront payment from Ukraine for their gas delivery.”

Earlier this week Gazprom announced that Ukraine has not paid for its gas delivery in March. The country reportedly owes Russia $2.1 billion (£1.2bn) for gas – and counting.

Oil is a “touch weaker” from last night’s close at $107.7 per barrel. “This comes as crude oil inventory showed a large than expected stock build and also following news that Chinese imports reached a five-month low in March”, Ms Marshall said.

She went on: “There’s US unemployment claims data due out this afternoon which could provide further direction. However, oil does remain supported due to the situation in Ukraine.”