Russia could step in to save Cyprus from financial disaster and offer it a loan in exchange for a deal on the nation’s offshore gas assets, according to reports. The […] 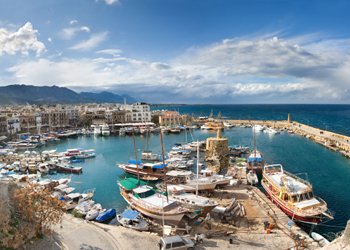 Russia could step in to save Cyprus from financial disaster and offer it a loan in exchange for a deal on the nation’s offshore gas assets, according to reports.

The island’s Finance Minister Michael Sarris told reporters in Moscow: “There’s a lot of teams now working on a number of issues. Banks, natural gas, are there opportunities (on which) we can base some cooperation and some support from Russia.”

The nation is struggling with debt because of problems in the Cypriot banking sector which was “unsustainably large for the size of the Cypriot economy”, according to the European Commission.

Today the country was told by the European Central Bank (ECB) it has until Monday to decide a deal with the EU and International Monetary Fund (IMF) if it wants Cypriot banks to keep their backing.

The country’s parliament has already rejected a €10bn loan deal which the ECB and IMF offered last week because of caveats which would have raided Cypriots’ savings.