The owner of brands such as Nescafe, KitKat and Cheerios has upped its green credentials and announced its plans to cut greenhouse gas emissions by 35% by 2015. As part […] 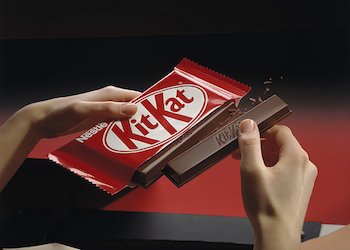 The owner of brands such as Nescafe, KitKat and Cheerios has upped its green credentials and announced its plans to cut greenhouse gas emissions by 35% by 2015.

As part of its new set of environmental commitments, the Swiss multinational firm also aims to cut energy consumption by a quarter in the next two years, which will be measured against a 2005 baseline.

Other goals include plans to ensure 10% of its factories are zero waste and to cut direct water withdrawal per tonne of product by 40%. It has, in total, set out 30 goals in the areas of nutrition, water, rural development and sustainability.

CEO Paul Bulcke said: “We are announcing a set of forward-looking, measurable commitments to society and on environmental sustainability… We believe that by setting ourselves tangible, short-term goals for which we can be held accountable, rather than long-term aspirations, we can really make an impact… We have a good track record on meeting short-term targets around certain aspects of our environmental performance and I am confident we can build on this.”

Nestlé claims it has achieved a 24% overall reduction in direct greenhouse gas emissions since 2002.