Jonathan Elliott is the MD of Make It Cheaper. Why do energy suppliers feel the heat when profits surge? The big-six energy supplier Npower has announced a bumper profit growth […] 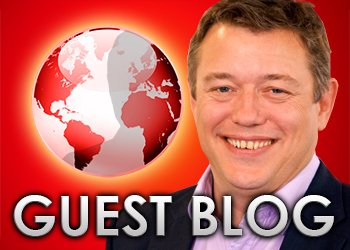 Jonathan Elliott is the MD of Make It Cheaper.

Why do energy suppliers feel the heat when profits surge?

The big-six energy supplier Npower has announced a bumper profit growth of 25% to £390m – news that comes hot on the heels of a similar announcement from British Gas last week. Like Energy Live News’ recent guest blogger Mervyn Bowden, I am intrigued by the way in which this kind of announcement is reported in the media and received by the public.

It’s fair to say that energy companies are viewed as greedy villains who are ripping off the powerless public to give their shareholders ever-juicier dividends year after bountiful year.

This antipathy is curious to me, not least because of the widely accepted economic concept of utility.

Utility is an abstract concept that roughly means the amount of satisfaction an individual receives from consuming a certain product or service. Generally speaking, the more utility something offers, the more willing the consumer is to part with the money that buys it.

Well, there’s some semantic irony in the fact that utilities seem to be one of few exceptions to the utility rule. People pay for gas and electricity begrudgingly and have anything but warm feelings towards the companies that provide it.

This is a strange phenomenon because having these two commodities available in our homes accommodates the fulfilment of some of the most basic human needs – like eating and sleeping – and what could be more satisfying than that?

If you don’t quite see my point, imagine how unsatisfying it would be to not have gas and electricity in the home.

Let me make it clear that I have no vested interest in being a spokesperson for energy suppliers – but I am interested in why companies operating in this sector come under such scrutiny when they announce success.

Eyes on the price

I contributed to the British Gas debate with Dharshini David on Sky News last week and talked about Tesco, another leader in a mass consumer market that tends to announce year-on-year profit growth. When they do, however, there’s no media storm and the general public doesn’t tend to bat an eyelid. Why not?

Surely the main reason consumers have little problem with Tesco is that they are happy with their prices. On the other hand, you’d be hard pushed to find someone who doesn’t feel they’re paying too much for their gas and electricity.

But maybe it is just a question of perception.

Just as Tesco’s profits don’t make headline news, you’re unlikely to pick up a paper and find that the price of a pint of milk or a loaf of bread has gone up. In high volume markets like this, however, the slightest movement in unit price can have a profound effect on the bottom line.

Besides, profit comes from the difference between revenue and outlay – and Tesco’s retail clout gives the company buying power over their suppliers in a way that the big six energy companies (and their smaller competitors) can only dream of. Tesco can drive down costs on the supply side to yield the profit margins they require without adjusting prices too dramatically, meaning any dissenting voices will be much smaller in number than the company’s 20 million-or-so UK customers.

In contrast, lots of the UK’s 30 million energy consumers see a direct causal link, rightly or wrongly, between price hikes and profit announcements. And needless to say they’re not happy about it. Suppliers tend to justify price rises with talk of expensive investment in infrastructure and technology, increased taxation, costs associated with government compliance and rising commodity prices – and while there is ample justification for this line of argument, it’s only valid if we accept the inconceivability that shareholders should take any kind of hit.

No, this is business – the customers will pick up the bill.

The strange thing is that, with only one household in seven switching their energy bills, the sense of injustice clearly results in a feeling that nothing can be done about energy prices.  Let’s not be under any illusion, suppliers will not mind being disliked as long as their bank balance keeps getting bigger – but consumer apathy plays into their hands to such an alarming degree that it only takes a minor leap of the imagination to view the phenomenon as part of an Orwellian master plan to keep things just as they are.

So while we’re exercising our brains, let’s picture an alternative universe where the energy market is not dominated by six major companies. Instead, consumers are switching their gas and electricity on a regular basis and twenty or so companies are jostling for a majority market share. In this world, do energy companies announce exorbitant price hikes every year and report jaw-dropping profit figures with trust-sapping regularity?

Probably not, because consumers usually benefit from healthy, competitive market conditions – but they need to realise that they can actually make this happen. There is absolutely nothing tying them to any given energy supplier for the long term, and the competition is out there – it just needs to be stimulated. From the customer’s point of view, not only are they almost certain to make an immediate saving (especially if they’ve never switched before), they will also effectively be voting for long-term change.