Microsoft is giving its internal departments efficiency grants to push them towards cutting carbon. That’s according to the tech giant’s sustainability expert who also expects the firm’s internal price on […] 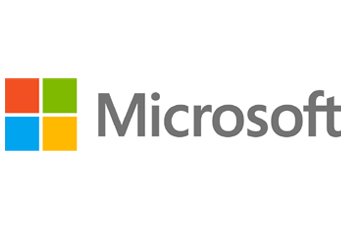 Microsoft is giving its internal departments efficiency grants to push them towards cutting carbon. That’s according to the tech giant’s sustainability expert who also expects the firm’s internal price on carbon to rise in future.

The Windows maker has an objective to be carbon neutral, which means it must cancel out the same amount of carbon as it emits.

Where many governments around the world have shied away from putting a price on emissions, last year Microsoft introduced an internal carbon fee, charging for the carbon associated with using electricity and business air travel. Cash collected this way is invested in extra efficiency, clean energy and carbon offset projects.

Explaining how the scheme was faring in a blog on Microsoft’s website this week, the chief architect of the fee suggested equating carbon with a dollar value meant it could be better “understood”.

TJ DiCaprio, Microsoft’s senior director of environmental sustainability said: “A carbon price changes the accountability model… Placing a price on carbon connects our sustainability goals with long-term financial planning in a way that hasn’t happened before.”

Instead of a purely “punitive” scheme though, Microsoft is now offering energy efficiency grants funded by the carbon fee after stakeholders suggested this would be more effective.

Ms DiCaprio said: “We have extended an offer to our internal business groups to submit proposals for projects that support carbon reduction and increased efficiency. Examples might include metering, lighting retrofits, energy management programs and travel reduction. The type of projects will vary based on what makes sense for their business and geography. We will be reviewing proposals over the next couple of months.”

DiCaprio described the effect on teams in the firm as “inspiring”, adding: “What’s important here is that Microsoft is internalising the external cost of carbon into its financial planning.”

Working with the firm’s finance directors, the carbon fee has been effective in prompting the “right conversations and initiating net new carbon reduction projects” across the company, she concluded.