US shale gas boom ‘could spread globally’ by 2030 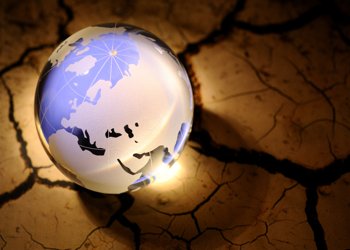 Unconventional sources of oil and gas which have transformed the US energy market are likely to spread to other parts of the world and play an increasingly important role in global energy markets.

That’s according to BP’s ‘Energy Outlook 2030’ report which sets out the fuel firm’s views of the most likely developments in global energy markets over the next two decades.

It predicts the growing production from unconventional sources of oil – oil sands, tight oil and biofuels – could provide all of the net growth in global oil supply up to 2020 and more than 70% growth to 2030.

Christof Rühl, BP Group’s Chief Economist said: “Vast unconventional reserves have been unlocked in the US, with oil production following gas. This delivery has been made possible not only by the resources and technology but also by ‘above-ground’ factors such as a strong and competitive service sector, land access facilitated by private ownership, liquid markets and favourable regulatory terms.

“No other country outside the US and Canada has yet succeeded in combining these factors to support production growth. While we expect other regions will adapt over time to develop their resources, by 2030 we expect North America still to dominate production of these resources.”

The overall growth in global energy demand is predicted to be a third (36%) higher in 2030 than 2011, with almost all the growth coming from emerging economies. The US could be 99% self-sufficient in net energy, compared to 70% in 2005 whilst China and India are expected to need a lot more imports to keep growing, suggests the report.

Fossil fuels are expected to continue dominating the fuel mix, with oil, gas and coal predicted to have market shares of around 26-28% each by 2030 and non-fossil fuels such as nuclear, hydro and renewables on a share of around 6-7% each. However, the report claims renewables will “continue to be the fastest growing class of energy”, rising at an average of 7.6% a year to 2030. The green share of global electricity is expected to grow from 4% to 11% by 2030 and even have a higher share of primary energy than nuclear.

Natural gas is expected to be the fastest growing fossil fuel, with demand rising at an average of 2% a year. Oil is predicted to be the slowest growing of the major fuels to 2030, with demand only growing at 0.8% a year. Liquefied Natural Gas (LNG) is expected to grow “more than twice as fast as gas consumption” at an average of 4.3% a year and account for a third (27%) of the growth in gas supply to 2030.