Energy supply higher at end of 2012

Energy supply output in the UK was higher last November than it was the year before, according to official statistics released on Friday. The Office for National Statistics’ provisional figures […] 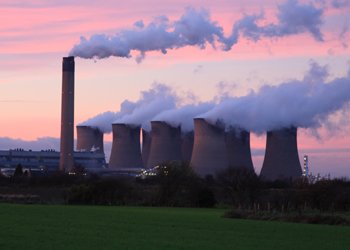 Energy supply output in the UK was higher last November than it was the year before, according to official statistics released on Friday.

The Office for National Statistics’ provisional figures show output from electricity generation of all forms such as oil and gas was 4.4% higher in November 2012 than November 2011.

Electric power generation and distribution rose 3.4% on the year, while things like gas and oil production counted for the other 1%.

A chilly October last year meant there was a drop in electricity output in November 2012, shrinking 4.1%. This was a larger drop than for manufacturing on the whole, which fell 2.4% in November.

A spokesman for ONS told ELN: “The main decrease on monthly figures was down to a 2% decrease in gas output, partly because it had come off a cold October when there was a high demand for gas.”

The general trend of energy supply has been down since 2007, when the index was 5 percentage points higher than it is now.