Charities will no longer be able to claim a discount on the VAT for energy saving materials in some of their buildings from April 2013. Changes to tax law in […] 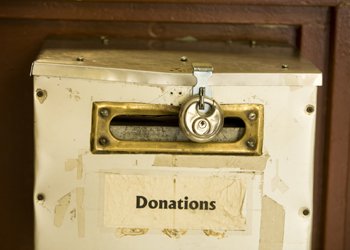 Charities will no longer be able to claim a discount on the VAT for energy saving materials in some of their buildings from April 2013.

Changes to tax law in the 2013 Finance Bill mean buildings used only for non-business such as village halls will not get a reduced VAT rate in the new financial year.

The changes have been prompted by a tax row with the EU, which is bringing legal action against the UK. The European Commission wants the country to scrap reduced VAT for energy efficiency measures for homes and charities to fall in line with EU rules, something the UK is challenging.

In the draft legislation released this week, Treasury and HMRC state: “Whilst the Government does not agree with the all the arguments put forward by the EU, it has reluctantly accepted that in applying the reduced rate for charitable buildings, the UK is applying the provisions too widely.”

Taking away part of the tax break for charities appears to be a concession to the EU to try and sweeten the case for keeping the wider rule.

However it appears this hasn’t worked out as planned, as the Commission has indicated it means to proceed with the infraction against the UK in any event.

The Government has pledged it “will continue to defend the remainder of the reduced rate”. If the UK loses the battle, scrapping VAT could jeopardise its energy efficiency scheme, the Green Deal. Energy Minister Greg Barker has said he will “fight” to keep the reduced tax rate to preserve his scheme.