Homeowners in debt no longer chained to supplier

Homeowners who are in debts of up to £500 will be able to switch supplier under new rules set out by the Energy Secretary. Previously consumers with pre-payment meters were […] 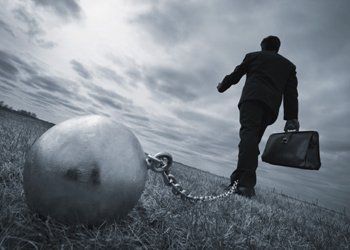 Homeowners who are in debts of up to £500 will be able to switch supplier under new rules set out by the Energy Secretary.

Previously consumers with pre-payment meters were effectively chained to their supplier if they owed more than £200.

From 1 November tens of thousands more households will be able to shop around for a better tariff and switch if they find a cheaper deal, according to DECC.

The move is one of a raft of changes proposed by Ed Davey over the weekend in an attempt to create “a better energy deal” for households.

Debt help groups told ELN the move is “exceptional” news for people who want to break out of a cycle of debt, such as the unemployed and those on benefits or tax credits.

Stuart Carmichael, a director at Debt Support Trust said: “The most impoverished people in society were tied to an energy supplier and being charged higher rates for fuel because of their arrears. The person in debt had no choice but to accept this because of the arrears. This made cutting the ties between energy supplier and client very difficult.”

He added: “The indebted individual isn’t getting away without paying the money, but they will be in a better position to repay the debt because of the money they are able to save on their fuel bills.”

As well as pushing up the debt threshold for switching energy tariffs, the Energy Secretary announced new powers for Ofgem so it will be able to compensate consumers who are out of pocket if suppliers breach licence conditions and a £5million pot for local governments who come up with schemes for collective switching.

There are also plans afoot to bring the energy sector into the 21st century with QR (Quick Response) codes on bills. Mr Davey wants to host a summit for independent energy suppliers as well.