Fracking for shale gas can now go ahead in South Africa after its Government lifted a ban at the end of last week. The country’s Department of Mineral Resources initially […] 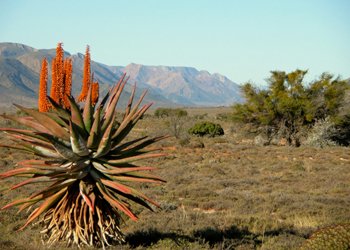 Fracking for shale gas can now go ahead in South Africa after its Government lifted a ban at the end of last week.

The country’s Department of Mineral Resources initially imposed a moratorium on applications for exploration for shale gas in the Karoo basin, a semi-desert region on South Africa’s Western Cape.

The country has world’s fifth-largest shale gas potential. The decision takes the number of countries who have banned the controversial method of extracting gas down to two: France and Bulgaria.

Anglo-Dutch oil giant Shell – one of three firms with current plans for shale gas in the Karoo alongside Bundu and Falcon – welcomed Minister Collins Chabane’s recommendation for lifting the ban.

But local anti-fracking groups were incensed by the news and said they would take to the courts to oppose fracking.

The Treasure Karoo Action Group (TKAG) said there was “widespread abhorrence” to this form of extracting gas and complained the Government task force had “met in secret” without sharing its research.

Jonathan Deal, Chairman of TKAG said: “We simply cannot allow this threat to our water resources, our environment and the health of our communities to be carried out and we will take this fight to the highest court.”

He said international groups had rushed to back their cause, citing Artists Against Fracking in USA, anti-fracking activist Mark Ruffalo as well as the French groups Waterdefense, Attac International and Attac France.

Fracking opponents in South Africa are planning a national demonstration in front of their parliament on Saturday 22nd September for Global Anti-Fracking Day.