Trust of customers and Ofgem important to npower CEO

“Does the market need a revolution? Does it need more bashing? I don’t think so. We can continue on the journey we have embarked on.” These were the words of […] 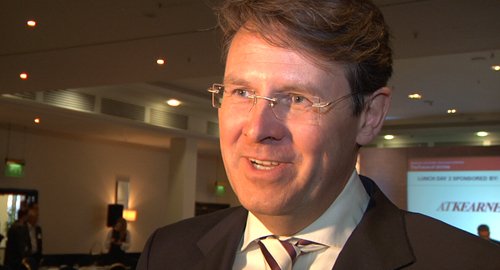 “Does the market need a revolution? Does it need more bashing? I don’t think so. We can continue on the journey we have embarked on.”

These were the words of RWE npower’s Group Chief Executive Volker Beckers, who said that more trust was needed across the board in the power industry, both with customers and the regulators.

Speaking at the Marketforce Future of Utilities Conference in London today, Mr Beckers comments came after Ofgem yesterday announced plans to auction off 20% of the Big Six’s assets in order to introduce fairer pricing.

Mr Beckers showed his disappointment: “We have the most competitive market in Europe, we have a lot of transparency and yet we get criticised for supporting Ofgem on their journey.”

“I welcome any criticism we get, so that we get it right in the first place and that’s what we should be aiming for, but there was no mention of complaint levels going down by 50% in the last two years. There was no mention that liquidity in the wholesale market has improved substantially.”