Vertical axis offshore wind turbines could provide a cheap alternative to conventional horizontal turbines. These are the new findings of a £2.8m Nova project, which was commissioned by the Energy […] 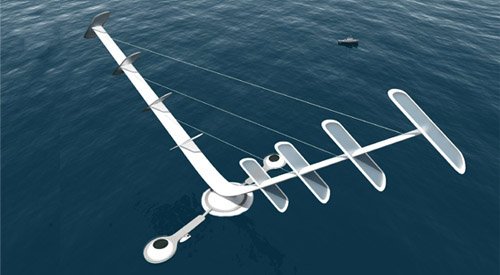 These are the new findings of a £2.8m Nova project, which was commissioned by the Energy Technologies Institute.

ETI Chief Executive Dr David Clarke said: “There are benefits in terms of the design of the turbines and accessibility at sea which could help reduce the cost of energy, although it is still early days in terms of delivering a full scale prototype.

“The study looked at both fixed and floating structures and concluded that floating turbines could be placed in deep water areas of over 60 metres which benefit from higher wind speeds. This would help to reduce the cost of electricity generated by wind power.”

Backers of the project believe it has potential to bring about a step change in the offshore wind industry.

Annie Hairsine, from OTM Consulting said: “Significant experience and knowledge has been developed in Phase 1 placing the UK in a unique position to lead the market for vertical axis turbines.”