David Porter of the Association of Electricity Producers has given yesterday’s energy statement by Chris Huhne a lukewarm response. Mr Porter said the Secretary of State had said things that […] 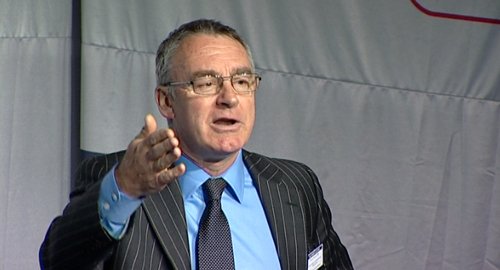 David Porter of the Association of Electricity Producers has given yesterday’s energy statement by Chris Huhne a lukewarm response. Mr Porter said the Secretary of State had said things that take the industry a little way forward on the pathway to 2050 but not enough to give clear direction.

He told ELN: ” The statement takes us a little way forward and we are going to prepare evidence to give to the Secretary of State by autumn. We as an industry are very interested in the pathways to 2050 and its important we start taking short and medium term steps which match our longer term vision. A carbon neutral electricity sector is achievable by 2050 with the right sort of framework and we want to talk to Mr Huhne about that.”

The pathway to 2050 refers to a European wide target of carbon neutral power production by that date. To that end the value of carbon as a commodity will become important and today Mr Huhne announced there would be a floor price for carbon. Again Mr Porter was cautious with his endorsement of the policy.

“We believe the floor price for carbon is not enough to provide the environmental framework for large scale low carbon generation. We will be putting forward our thoughts in due course. The electricity market has delivered very successfully for the past 20 years but we believe the low carbon agenda is now asking too much of it. We have to think hard about the framework that will keep both prices competitive and deliver CO2 reductions,” he said.

In terms of the announcement that micro generation would get government backing with local authorities now able to sell power back to the grid, Mr Porter said the AEP, contrary to conventional thought, was not against the plan.

“All we’d say is that such schemes need to be cost effective, if they are then I am sure suppliers wil get involved.”