We are delighted to confirm we will return to the most famous patch of greenery in the City of London, the grounds of the Honourable Artillery Company.

The Honourable Artillery Company is the oldest regiment in the British Army.

The Company traditionally dates its origins to 1537 when Henry VII granted a charter to the Fraternity or Guild of Artillery of Longbows, Crossbows and Handguns. This fraternity practised in the Artillery Ground in Bishopsgate (Spitalfields) until around the 1560s.

The Company has always had strong connections with the City of London. In the early part of the 17th Century the Court of Aldermen appointed the chief officers and paid the professional soldiers who trained members of the Company. Since the Restoration, the Company has provided Guards of Honour in the City for visits by members of the Royal Family and overseas Heads of State. 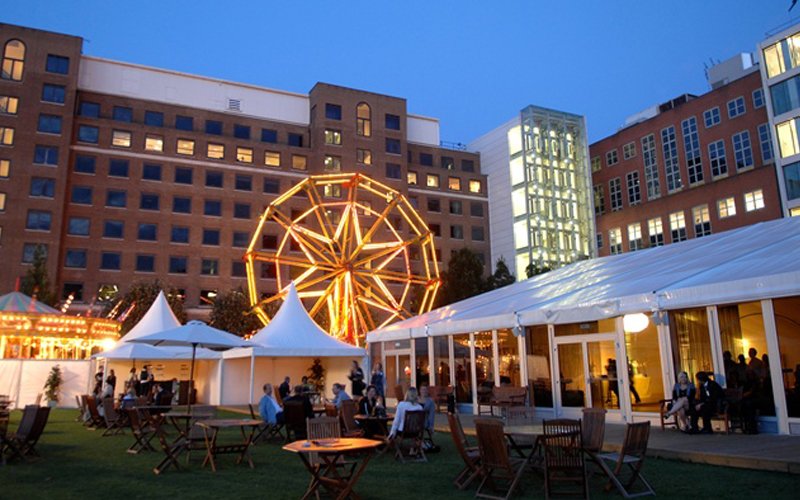 TELCA will be taking place in a giant marquee in the grounds of the Armoury.

The area was originally used for archery practice and a record exists of a game of cricket played there as early as 1725! The first balloon ascent in England, by Vincenzo Lunardi, started from the Artillery Garden in 1784 and now it’s home to the best energy awards around.

In keeping with our lavish new surroundings we are ditching the black tie and the theme will be a super Summer Party, so get out your best clobber, posh summer frocks, hats, boaters and anything else you think will get you noticed! And if the weather is great (fingers crossed), we should be able to have some fun in the historic fairground!

Here’s where to find us on June 28th. The HAC is a short walk from the following tube stations; Moorgate, Barbican, Liverpool St and Old St. On TELCA night the entrance will be on Chiswell St at the junction of Finsbury Street. Please don’t go to the main entrance of the HAC.