‘China won’t be knocked off its electric perch’

Seven out of 10 EVs will be sold in China this year, research suggests 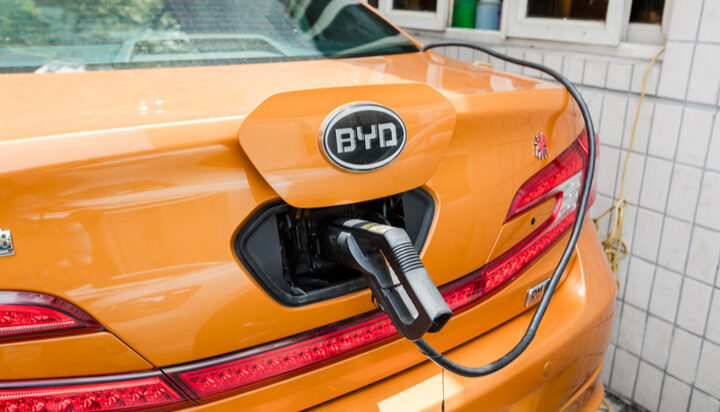 China has dominated the electric vehicle (EV) production market recent years – and shows no signs of slamming on the brakes now.

According to analysis by Bernstein, Chinese EV makers such as BYD, XPeng and Li Auto are expected to become far more popular domestically this year and surpass European and American competition.

Europe is expected to buy three million EVs this year, with the US buying two million and China buying 10 million.

Neil Beveridge from Bernstein said: “China is expected to have the largest overall sales with 35% year-on-year growth in 2023, after two years of extremely rapid growth. To put this in perspective seven out of every 10 EVs are now sold in China.”

The main trend that has seen China’s firms grow is dominating its own market.

A decade ago, foreign car makers represented 70% of the Chinese car market – but the nation’s dominance in EVs has seen this drop to just 19%.

The research projects that the Asian superpower will become the first major country in the world to see 50% of all car sales being electric in 2025.

China’s rise to fame has also been linked to it holding all the chips in a literal sense.

Chip shortages worldwide saw European and American EV makers hike prices, with the price of production going through the roof. However, China managed to maintain a heavy grip on the supply of semiconductors, which has allowed the nation to offer the cars at a more reasonable price.

Chinese manufacturers including BYD are looking to venture into the European and US markets this year, which could see the domination in sales extend throughout the decade.