COP Champion says net zero could be hit in 2040s 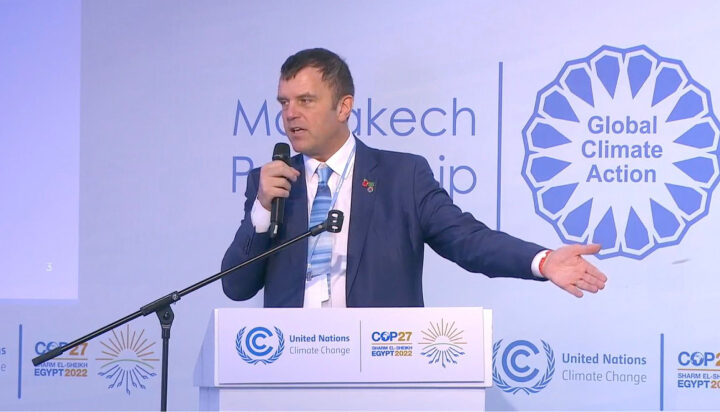 The UK’s former Champion for COP26 has said that if more ambitious targets are made and action is taken, net zero can be achieved in the 2040s.

Nigel Topping is the country’s outgoing climate business expert – and revealed that if policy is bolder, the UK could outdo its 2050 deadline for the environmental milestone.

“Given that we’ve now got California and Germany saying 2045 is their target, I think you can argue quite strongly that the whole world could get to net zero in the early 2040s – and in many sectors in the late 2030s,” he said.

However, Mr Topping stressed that this would be reliant on governments being “way bolder in setting targets.”

Net zero is not as unattainable as the world thinks, if it’s forced into making it happen – he argues; comparing the push needed to what was seen during the pandemic.

“We can do unbelievable things, governments can turn on a dime if they need do and the government/private sector relationship can be transformed to deliver solutions way, way faster, if we really put ourselves on an emergency footing.”

Treating the net zero issue with the same intensity and importance of COVID-19 will be critical in making it a success, the former COP Champion explained.

“The real lesson I’d like us to take from Covid… is that we’re amazing. We should back ourselves more.”

He also warned that fossil fuel companies were fighting their last years – and the trend was changing worldwide in the transition to clean energy.

For the UK to remain ahead in green energy, Mr Topping said that treating developing nations as competitors would be critical.

“China is quite happy for the West to label it as a coal problem while it develops a global competitive leadership in sector after sector – and India is on the same track now. But you show me how many times western commentators point at India or China as competitors rather than polluters.

“I think it’s a huge strategic mistake to underestimate how clearly [these nations] see [clean energy] as the future.”