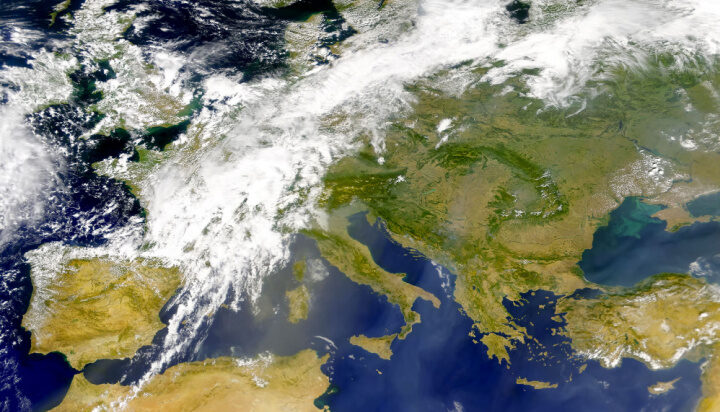 A new satellite has been launched in Europe to better predict imminent and violent storms.

This will be used to help the continent better prepare for the higher frequency of storms that are coming with climate change.

The Meteosat-12 satellite has been launched into the sky to not only provide information on Europe – but also overlook weather patterns in the Middle East and Africa.

Storms were more frequent than usual this year, with many scientists linking the reason for this to human-induced climate change.

Phil Evans, who heads up Eumestat, which manages European weather satellites, said: “Look at the storm that impacted in Germany, the Netherlands and Belgium last year where over 200 people lost their lives.

“These events are tragic. More accurate, frequent and relevant observations from space are absolutely essential to provide better forecasts and warnings which help us reduce and mitigate the impacts of these severe weather events.”

Meteosat-12 will provide weather updates every 10 minutes – which is five minutes faster than the current technology – which hasn’t been changed in 20 years.

Closer and more in-depth data will be available – and sent to important agencies such as the Met Office.

The satellite’s ability to detect lightning is what will set it apart from its predecessor it seems – with weather agencies such as the Met Office claiming this will give them more ability to see upcoming storms before they hit and better prepare for them.

Simon Keogh from the Met Office said: “[This satellite] will give us a much better handle on total lightning. That’s something we need to know if we’re forecasting for helicopter operations in the North Sea, for example.

“Likewise, if there are hazardous materials being unloaded from aircraft, even passengers, we need to know if there is a lightning risk.”

Meteosat-12 represents the first step in a calculated plan – with the next satellite set to go up into space in 2026, which will provide images every two-and-a-half minutes.

The project has been funded in part by the European Space Agency.