Accidents in the home cost the NHS £374m a year, a report claims 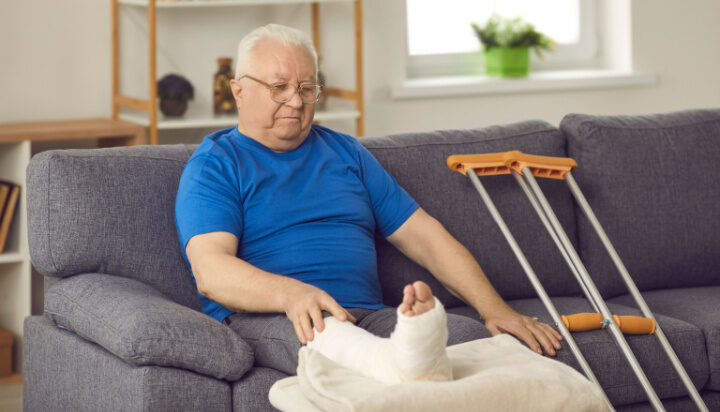 The forecast of energy blackouts across the UK this winter is worrying news for all the population – but especially the elderly.

Research from the Centre for Ageing Better has found that up to 1.6 million people will be at a high risk of serious injury in their own homes from the blackouts.

The UK could see rolling three-hour power cuts if energy supply is short this winter, reports have revealed.

People aged 55 and over living in homes with a category one fall hazard could be injured across the cold part of the year, with not enough aids against the dark.

The report stresses that falls in the home cost the NHS a staggering £374 million each year – and this is due to a lack of investment to make buildings and homes safer.

The Centre for Ageing Better is calling for a retrofitting programme to see older housing stock become more energy efficient and the implementation of minimum accessibility standards for all new build homes to reduce the risk of falls.

Older people have already began to ration energy use with the cost-of-living crisis, the report stresses – and this combined with blackouts could see huge numbers of accidents.

“The fact that so many people’s homes in this country pose a very real threat to their health highlights the poor quality of housing stock. Poor housing can cause or worsen health conditions, reduce a person’s quality of life and can even result in premature death.

“Low-income homeowners, particularly those with health conditions, need much greater support at a national and local level to help them to bring their homes up to basic standards of decency.”

A government spokesperson told future Net Zero: “We know that improving the energy efficiency of homes is vital to tackling fuel poverty and reducing emissions, which is why we’ve committed £6.6 billion this parliament and a further £6 billion to 2028 to make buildings more energy efficient.

“We are also strengthening the powers of the Regulator of Social Housing to tackle non-decent homes, making sure landlords do not ignore tenants and that they foot the bill for emergency repairs.

“In addition, for the first time ever, we are introducing a Decent Homes Standard for the private rented sector to make sure privately rented homes are safe and decent.”