That’s the announcement made by Chair George Osborne 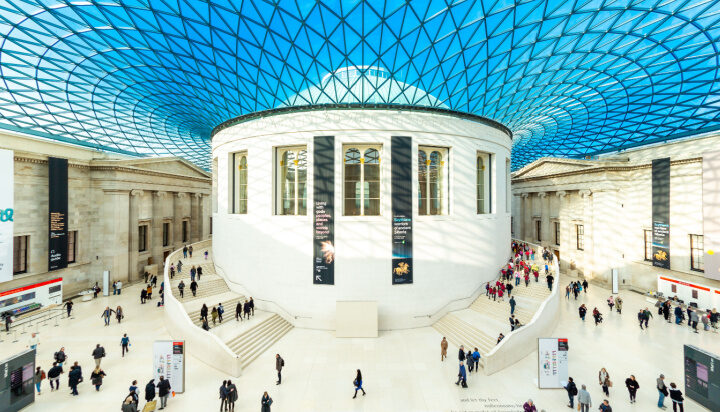 “Our goal is to be a net zero carbon museum.”

That’s the statement made by former Chancellor George Osborne, who now holds the role of Chair of the British Museum.

He has called the new plan for the museum a “reimagination” that will see up to £1 billion spent to completely change the 160-year-old building.

It’s yet to be revealed how this money will be sourced – with reports of the National Lottery and private donors being possible frontrunners.

Changing the plumbing and electrics are a part of this plan to curb the carbon emissions of the building, as Osborne looks to make it “no longer a destination for climate protest but instead an example of climate solution.”

However, its continued sponsorship by bp has meant that the protests are yet to fade away, with campaigners from the group ‘bp or not bp’ calling for the company to be dropped on Sunday.

Explaining the reasoning behind it, spokesperson Lydia said: “I’m taking part in this action because there is no place for fossil fuels in our arts and culture sector. The British Museum must drop bp now.”

bp has sponsored the museum since 1996, with its current deal expiring in two months.

There is no noise from either camp on whether the deal will be renewed or whether the British Museum will follow some of its competitors in axing the oil and gas company.

In the last six years, bp has been dropped as a sponsor by the Tate, National Portrait Gallery, Edinburgh International Festival and the Royal Shakespeare Company.

The British Museum commented: “As a major UK visitor attraction we are conscious of the impact of our activity on the environment.

“We are committed to reducing that impact throughout all aspects of the museum’s operation, from energy usage to waste management, from new buildings to exhibitions. We expect our partners and contractors to support us in these efforts. As the museum begins developing its masterplan, we are clear that environmental sustainability will be a strategic priority.”

bp has been approached for a response.