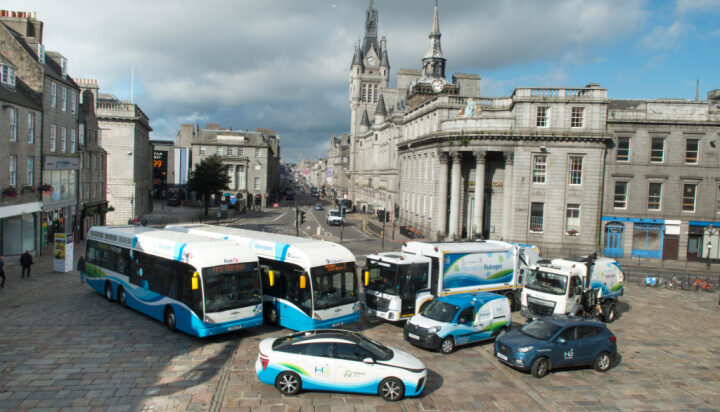 Scotland‘s Aberdeen has launched a consultation for a new green hydrogen production, storage and distribution facility powered by renewable energy.

A joint venture between bp and Aberdeen City Council aims to design, build and operate a solar-powered hub that will produce green hydrogen and feature a refuelling facility for hydrogen vehicles.

The proposed production facility and solar farm would be on separate sites but connected by an underground grid connection.

The project aims to support the local authority’s ambitions to create a “climate positive” city.

Co-leader of Aberdeen City Council Councillor Ian Yuill said: “Ultimately, the city and north-east are at the forefront of development of the capability to produce green hydrogen.”

Dr Oliver Taylor, Chief Executive of bp Aberdeen Hydrogen Energy Limited, commented: “We look forward to engaging with the public, hearing their views and considering ways we can minimise any potential impacts and benefit the local community as this project progresses.”