The seven campaigners were found to have caused £100,000 in criminal damage to the bank in Canary Wharf last year 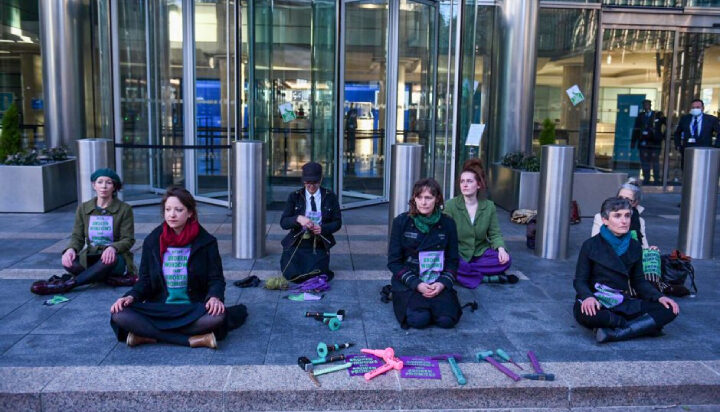 Climate campaigners that smashed windows at Barclays Bank’s headquarters in London have been found guilty of criminal damage.

The seven women caused close to £100,000 in damages to the site in Canary Wharf – and despite pleading innocent, they were found guilty of the incident.

It took place in April 2021, with their stance being that the glass was broken by them to raise awareness about climate change.

The women, whose ages range from 28 to 64 are set to receive sentences of either 18 months in prison or community service, according to the prosecutor.

During the protest, they used chisels and hammers to smash the glass on the outside of the Barclays Bank – associating their act with climate group Extinction Rebellion.

The protestors claimed that the staff within the bank would have supported the act if they were well informed on the climate crisis.

A majority verdict from the jury of 11 to one found the group guilty.