UN appealing for $51bn to save 230m from climate disaster

This is a record amount, as floods and droughts continue to rise 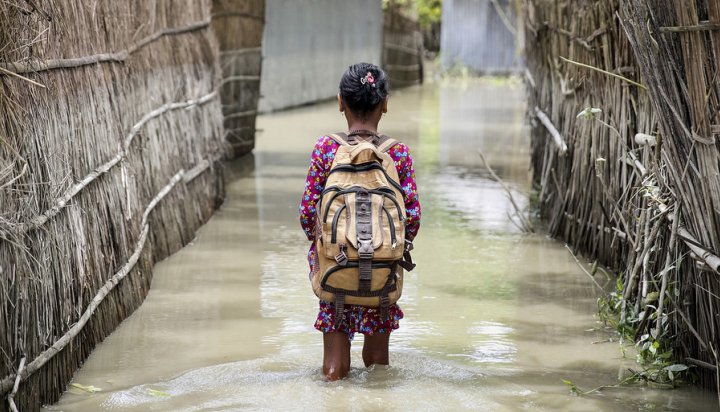 This appeal is a record amount – 25% higher than what was asked for this year – with climate disasters on the rise.

The UN estimates that 65 million more people will be in need of climate finance next year than in 2022.

In imploring the world to take action, Relief Official Martin Griffiths said: “The needs are going up because we’ve been by smitten by the war in Ukraine, COVID-19, by climate.

“I fear that 2023 is going to be an acceleration of all those trends and that’s why we say that we hope 2023 will be a year of solidarity, just as 2022 has been a year of suffering.”

Droughts and floods in Pakistan and Africa have led to many being displaced – with the UN claiming that by the end of this year 222 million people in 53 countries will face food insecurity from climate disasters.

Mr Griffiths has conceded that it will be “very difficult” to receive all the money – with donors struggling more to cover the costs with the harsh financial situation.

In previous years, UN requests for funding have generally achieved at least 60% of what was asked for – however this year, that figure dipped to just 47%. The Ukraine War has been linked to this drop.

“In 2023, the humanitarian community I think needs to be a lot more organised and indeed vocal about how to be more transparent about climate promises,” Mr Griffiths added.