Once completed in 2027, the plant will eliminate an estimated 810,000 tons of CO2 per year – equivalent to slashing nearly 40% of all Stanlow emissions 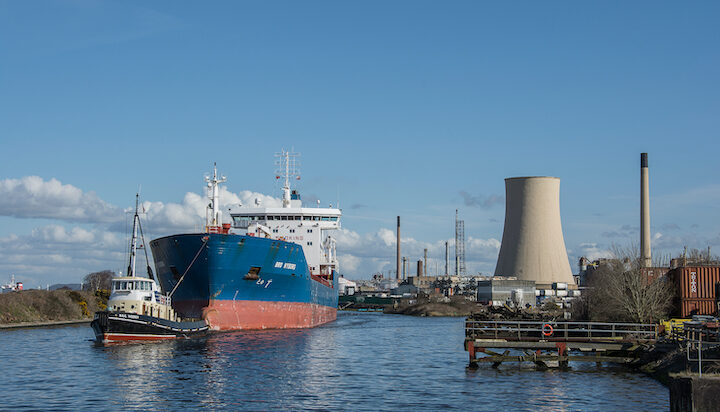 The project is part of its ambition to become a low carbon refinery by 2030 and a £1 billion investment in various energy efficiency, fuel switching and carbon capture initiatives designed to decarbonise its production processes significantly.

It has awarded the pre-FEED engineering contract for the carbon capture facility to Kent plc.

The plant will take the CO2 emitted from one of Europe’s largest full-Residue Fluidised Catalytic Cracking units located at the Stanlow refinery, with the gas permanently sequestered into depleted gas fields under the sea in Liverpool Bay, as part of the HyNet cluster infrastructure.

Once completed in 2027, the plant will eliminate an estimated 810,000 tons of CO2 per year – equivalent to taking 400,000 cars off the road and eliminating nearly 40% of all Stanlow emissions.

Essar’s energy transition strategy also includes plans for “significant investments” in hydrogen and biofuels, i.e. building a hydrogen future through the launch of Vertex Hydrogen and as a key part of the HyNet consortium and establishing the UK’s largest biofuels storage facility through Stanlow Terminals Limited.

Deepak Maheshwari, CEO of Essar Oil UK said: “This new carbon capture plant is the single biggest initiative to decarbonise our processes and a core element to our hugely ambitious decarbonisation strategy.

“Our ambition is to become a leading low carbon refinery. This is a massive undertaking but it is a journey we are fully committed to. Not only is it the right environmental thing to do, it will future proof the critical Stanlow refinery for the long term, protecting jobs and industry, while also placing Stanlow at the very centre of the UK’s energy transition.”

The project was selected by the government as a Phase 2 winner in the CCUS cluster sequencing process earlier this summer.