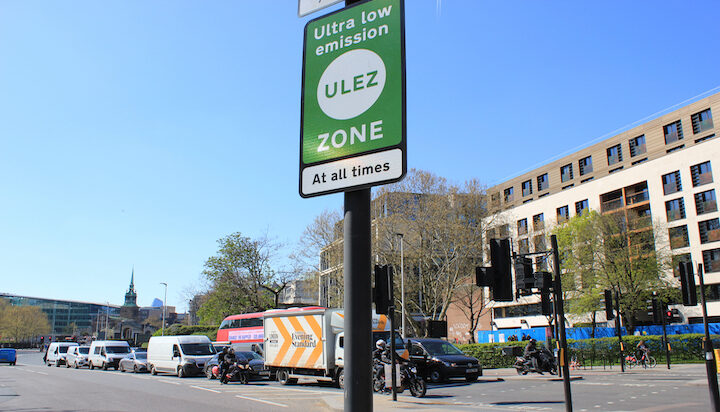 London Mayor Sadiq Khan has confirmed the Ultra Low Emission Zone (ULEZ) will be expanded to cover all of the capital city to tackle air pollution and congestion.

It will come into effect on 29th August 2023 and will operate across all London boroughs up to the existing Low Emission Zone boundary.

The London-wide expansion is expected to save around 27,000 tonnes of carbon emissions in outer London, nearly double that which the central London ULEZ achieved in its first year of operation.

According to the mayor, the ULEZ has helped reduce roadside pollution levels by 44% in central London and 20% in inner London.

Mr Khan said: “The ULEZ so far has been transformational, reducing harmful pollution levels by almost a half in central London. But there is still far too much toxic air pollution permanently damaging the health of young Londoners and leading to thousands of early deaths every year, with the greatest number of deaths in the outer London boroughs. Expanding the ULEZ London-wide will mean five million more people will be able to breathe cleaner air and live healthier lives.”

Today I’m announcing that we’re expanding the #ULEZ London-wide in a move that will bring cleaner air to *5 million* more Londoners. Here’s why ⬇️ pic.twitter.com/nAWjTweJ6b

He added expanding the ULEZ London-wide “has not been an easy decision:”

The mayor said: “The easy thing for me would have been to kick the can down the road. But in the end, public health comes before political expediency. We have too often seen measures delayed around the world to tackle air pollution and the climate crisis because it’s viewed as being too hard or politically inconvenient. But there’s no time to waste when people’s lives are on the line and we are facing a climate crisis.

“As mayor, I’m not willing to turn a blind eye because it’s clear the cost of inaction – to our economy, to livelihoods, to the environment and the health of Londoners – would be a far too high a price to pay.  Expanding ULEZ is the right choice for our city and something that I know will help us to continue building a better, greener, fairer and healthier London for everyone.”

The expansion is being accompanied by a new £110 million scrappage scheme to support Londoners on lower incomes, disabled people, charities and small businesses and sole traders.

Successful applicants will receive a grant to scrap or, for the first time, retrofit their vehicle for certain vans and mini buses and car owners can also opt to receive a smaller grant accompanied by up to two free annual bus and tram passes.

Londoners receiving certain means-tested benefits and non-means-tested disability benefits can apply for grants of up to £2,000 to scrap their non-compliant cars or motorcycles.

Disabled people who want to scrap a non-compliant wheelchair accessible vehicle and those with certain other adaptations will be able to apply for grants of £5,000 to reflect the higher cost of these vehicles. They can also apply for a nominated driver who lives at a different address if they do not drive themselves.