It will be installed at TES’ Green Energy Hub in Wilhelmshaven, with operations expected to start in 2028 and plans to add one more unit to reach 1GW of capacity 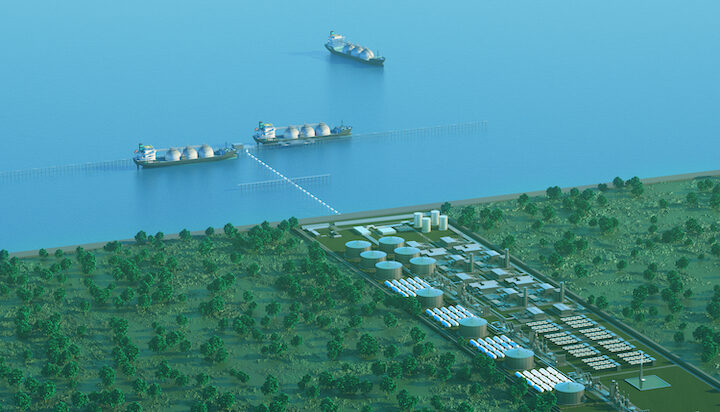 A new partnership has been announced between Tree Energy Solutions (TES) and German utility EWE to build a 500MW electrolyser in Wilhelmshaven.

It will be installed at TES’ Green Energy Hub in Germany, with operations expected to start in 2028 and plans to add one more unit to reach 1GW of capacity.

The hub in Wilhelmshaven is strategically placed on the North Sea coast and can accommodate up to 2GW capacity electrolysers with renewable energy sources such as offshore wind to generate locally-produced green hydrogen.

The planned terminal comprises of six berths and a total of 10 tanks with a storage capacity of two million cubic meters.

The terminal will be able to import up to 250TWh of green gases per year and produce more than five million metric tons of hydrogen – equivalent to one-tenth of Germany’s total annual primary energy demand.

TES and EWE will benefit from synergies like using the oxygen from the electrolyser in other green energy processes.

Marco Alvera’, CEO of TES said: “The signing of this MoU is a clear example of the progress underway for Wilhelmshaven to become a major green energy hub for all of Europe, which will not only import green energy but also generate locally produced hydrogen.

“We look forward to our collaboration with EWE in order to harness untapped energy potential and accelerate the transition to deliver affordable energy for all.”