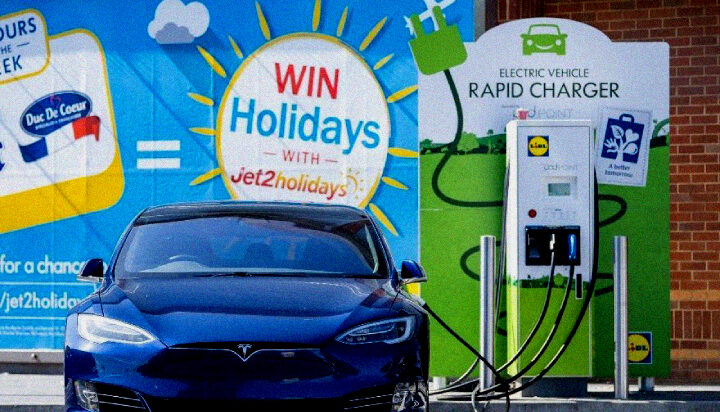 Lidl has opened an own-brand electric vehicle (EV) charging station in France that runs at a cut price.

It has stated that 360KW charging will be available at 35p per KWh – which is almost half the price of other main chargers in the country.

Other providers of EV charging average a price of 60p per KWh.

In addition to its largest charger, Lidl is also offering 90KW and 180KW chargers – which are all powered by solar energy.

Lidl France has broken the mould in developing its own EV chargers, with the majority of supermarkets having them produced by third-party providers.