It has invested in more than 130 renewable energy projects as part of a nine-year programme, supporting its 2030 net zero goal 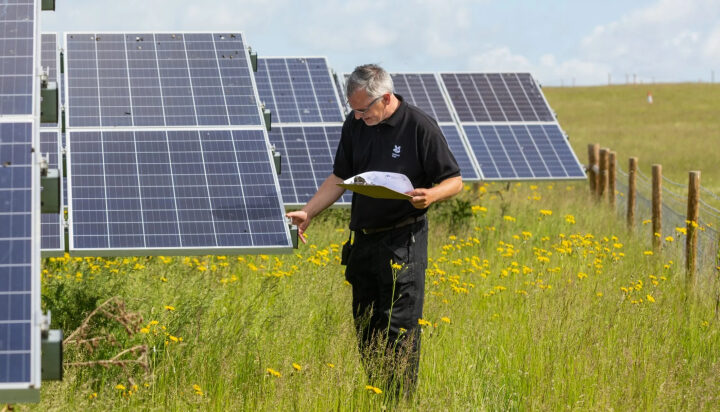 The National Trust has reached its target of reducing its reliance on fossil fuels and generating 50% of its own energy from renewable sources.

The charity and membership organisation for heritage conservation in England, Wales and Northern Ireland invested £35 million in more than 130 renewable energy projects as part of its ambitious nine-year programme, supporting its efforts to reach net zero by 2030.

Installations in some of the most historically and environmentally significant sites in the Trust’s care range from mountain hydropower in streams of the Lake District and Snowdonia to biomass boilers and heat pumps in mansion houses that help preserve rare books, tapestries and paintings.

Together, the projects can generate 24 million kWh of energy every year – equivalent to powering more than 8,400 homes.

A large part of the scheme involved decommissioning oil boilers – historically used in remote country houses due to poor access to the national gas grid – and replacing them with sustainable heating systems.

This helped remove more than a million litres of oil from the Trust’s properties, saving around 4,000 tonnes of carbon emissions a year – equivalent to taking 1,600 cars off the road annually.

Oil currently accounts for only 7% of the charity’s energy use.

The National Trust has announced its second phase of investment to reduce the consumption of fossil fuels at its 100 highest-emitting buildings and generate more renewable electricity to offset the remaining emissions from its other buildings.

Patrick Begg, the Trust’s Director of Outdoors and Natural Resources, said: “Over a decade ago we set ourselves the ambition of growing our own energy and reducing our reliance on fossil fuels and began a serious programme of investment shortly after. We’ve since completed 138 projects – and most you wouldn’t even know are there.

“Many of our historic properties that were once reliant on oil are now fuelled by natural resources and much of our visitors’ experience is rooted in renewables – from the exquisite tapestries on view that need carefully-controlled humidity, to the holiday cottages kept warm by heat pumps and the lights turned on in our hydro-powered pub.

“As debate intensifies around how the UK sources, generates and saves energy, these projects offer a snapshot of what’s possible – even in the most challenging and remote of settings. The technology and the solutions are already at our fingertips.”