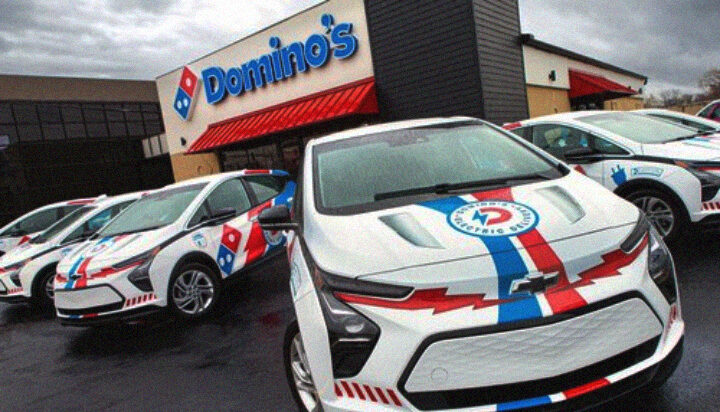 Domino’s Pizza has invested in electric vehicles (EVs) to deliver its pizzas to customers in the US.

It has purchased 800 electric Chevrolet Bolts to use in 37 of its US stores, which have been painted with its branding.

By the end of November, it hopes to have these cars on the road – and has stated its intention to purchase more from General Motors in the coming months.

Chief Executive, Russell Weiner, said: “We’ve got a long way to go but we will have the biggest fleet of EVs in the pizza industry, period.”

The pizza company has stated that the adoption of EVs will not only cut its carbon footprint but also allow new drivers to be recruited – who don’t own their own cars.

Weiner stated that the installation of an onsite charger could be offset cost-wise with the savings made on fuel.