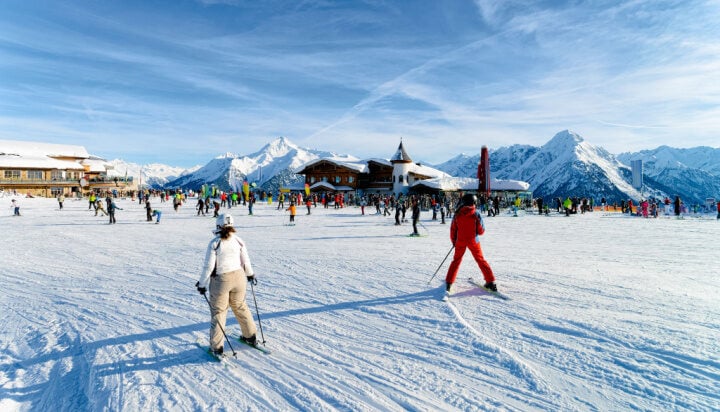 Global temperatures in the Alps have risen by 0.3°C a decade and snow cover is common for a month less than it used to be – what does this mean for skiing in Austria?

Winter tourism brings in more than half the country’s touristic income, with it accounting for 7.6% of the total GDP in 2019.

Across the winter months, there are more than 60 million overnight stays in the country – however, the industry seems to be changing.

Snow machines have become key to keeping skiers on the Alps – with the Financial Times reporting that around 100,000 are now deployed across the mountains.

For this reason, ski resorts in Austria can reportedly end up spending around €3 million (£2.6m) to prepare for the start of the season.

If temperatures rise by a further 1.5°C, up to a third of the touristic Alps destinations in the East would no longer be able to guarantee snow – local researchers have said.

“Every product we’re planning for the future will need to be something that can also be used in winter, when there’s no snow,” Morgenbesser added.

Ski resorts are beginning to increase focus on what they can offer in the summertime to ensure the demand to visit is still there if the snow melts.

One of the researchers, Robert Steiger from the University of Innsbruck, said: “Nobody really denies the effects of climate change here anymore and almost everyone is trying to diversify.

“Many places will have to make a major pivot and it’s going to be the ones taking risks now who will benefit in the long run.”

Attracting cyclists and hikers to resorts is the next step for many resorts in the Alps to combat climate change – however, they stress that this type of tourism doesn’t bring as much money as skiing.