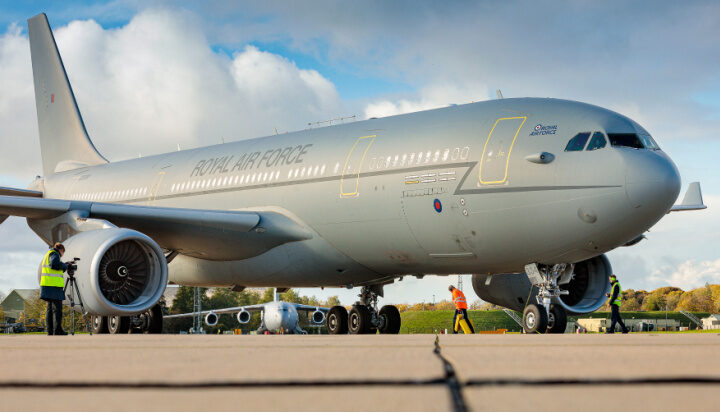 The Royal Air Force has confirmed it has flown the UK’s first military air transport flight using sustainable aviation fuel (SAF) on one of their operational Voyager aircraft, the military variant of Airbus A330.

The SAF is made from sustainable feedstocks, such as used cooking oil and is believed can reduce carbon dioxide emissions on average by up to 80% compared to conventional jet fuel.

The flight, which took place last week, was a joint endeavour between the RAF, DE&S and industry partners Airbus, AirTanker and Rolls-Royce, with the fuel supplied by Air BP.

Air Chief Marshal Sir Mike Wigston, Chief of the Air Staff, said: “Climate change is a transnational challenge that threatens our resilience, security and collective prosperity. That is why I have set the RAF the ambitious challenge of becoming the world’s first net zero Air Force by 2040.”