Floods, droughts and heatwaves are leading to violence and Africans losing their homes, the report stresses 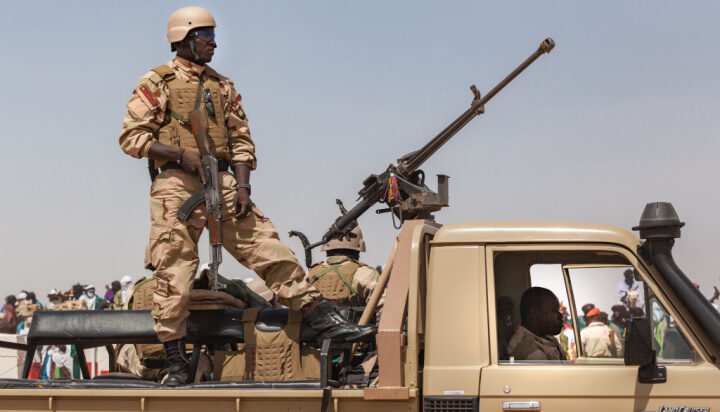 There will be decades of armed conflict if the world doesn’t invest more in fighting climate change in the Sahel.

That’s according to a new UN report, claiming that rising temperatures are increasing food insecurity and a lack of resources – which leads to more violence.

The Sahel will become more vulnerable to flooding and droughts without financial support from the rest of the world, the report stress, which will not only increase conflict but also lead to more Africans losing their homes.

Abdoulaye Mar Dieye from the UN said: “In the Sahel, the climate crisis is combining with increasing instability and the low level of investments in development to create a disempowering mix that is heavily taxing Sahelian communities, with the added risk of jeopardising the attainment of the Sustainable Development Goals.”

People in the Sahel rely heavily on farming for survival, which has been battered by climate change in recent years.

The report estimates that this will become more frequent and the yields of key crops like maize and millet will drop significantly.

It reads: “Even with ambitious climate mitigation policies, temperatures in the Sahel are predicted to rise 2.5°C by 2080. If urgent action is further delayed, they could increase by 4.3°C.”

The UN stresses that 64% of Sahelians are under 25 years of age, which makes the impact of the climate crisis in this area on young people even more severe.