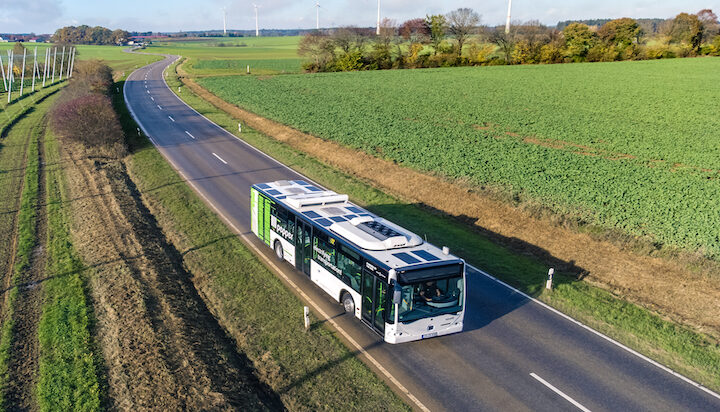 Sono Motors and bus and coach company pepper have unveiled their first electric bus with solar technology in Munich.

The energy generated by the installation is expected to be 3.3kWh/day on yearly average based on weather conditions in Munich.

The solar charge controller, the MCU, developed in-house by Sono Motors – which has for the first time performed an electrical integration within an e-bus with pepper – transfers solar energy to the 24-volt battery where it is used as the primary source of energy.

Laurin Hahn, CEO, and Co-founder of Sono Motors said: “We believe in a future in which every vehicle is a solar electric vehicle. That’s why we’re convinced that our first e-bus with solar technology is a great achievement for the future of public transport.