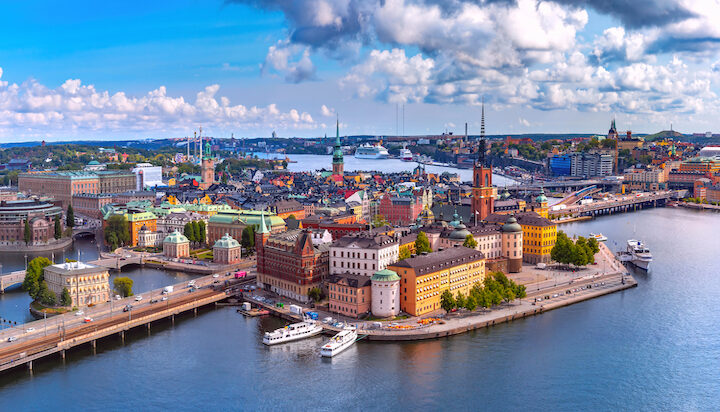 The capital of Sweden is looking to use carbon capture to reach its goal of net zero by 2030.

Policymakers state that the decision could even see Stockholm become ‘carbon-negative’ by the end of the decade; removing more carbon from the atmosphere than it’s producing.

The city switched to district heating seven decades ago, which has allowed it to cut its greenhouse gas emissions in buildings by 80% – from two million tonnes per year in 1990 to 400,000 tonnes.

Biofuels are predominantly used to power Stockholm, following the closure of its last coal-fired boiler two years ago.

The main producer of the biofuels district heating is Stockholm Exergi, which is looking to implement a new carbon capture technology that could see the city’s emissions drop by a further 800,000 tonnes each year.

Law maker involved in the city’s climate policy, Åsa Lindhagen, said: “We strongly believe that district heating, using [carbon capture], can be a viable solution for cities. Given the significant emissions created worldwide by heating cities, a shift toward fossil fuel-free district heating solutions would lead to a dramatic cut in emissions, as Stockholm has shown.”

Stockholm currently boasts a 3,000km district heating network, which EU policymakers are looking to replicate in other cities on the continent.

Stockholm Exergi has stated it expects the carbon capture system to be operational by 2026 and has received €180 million (£157m) in EU funding to make this happen.