Under the MoU, the companies will focus on the first phase of the project, which will see the establishment of a 2GW green hydrogen manufacturing facility 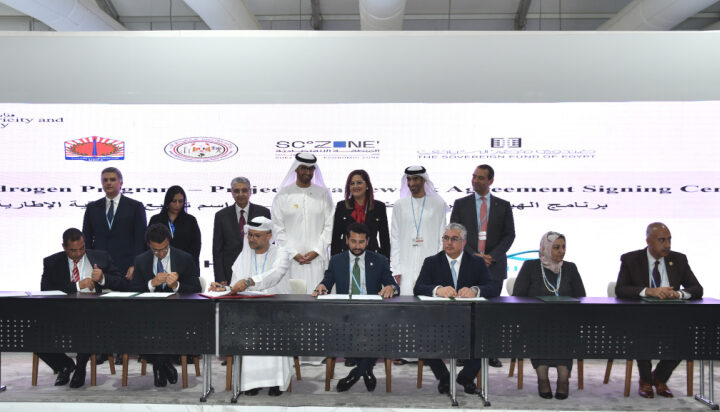 The agreement signed at the COP27 climate summit sets out the key terms and conditions for the programme, with a focus on the first phase of the project, under which the consortium will establish a green hydrogen manufacturing facility in the SCZONE, which is scheduled to start operations by 2026.

In April 2022, the consortium, which consists of Masdar, Infinity Power Holding and Hassan Allam Utilities, signed two Memorandums of Understanding (MoUs) with Egyptian organisations to develop two green hydrogen plants, one in the SCZONE and another on the Mediterranean.

We are pleased to announce that #Masdar and our partners Infinity Power Holding & Hassan Allam Utilities have signed a framework agreement with leading Egyptian state-backed organizations on the development of a 2GW #GreenHydrogen project in the Suez Canal Economic Zone (SCZONE). pic.twitter.com/ZWOPsYNsvm

Dr Sultan Al Jaber, UAE Minister of Industry and Advanced Technology, UAE Special Envoy for Climate and Chairman of Masdar said: “Today’s announcement serves to strengthen the ties between the United Arab Emirates and the Republic of Egypt and highlights our two nations’ commitment to delivering zero carbon energy solutions.

“This 4GW green hydrogen program follows Masdar’s announcement last week of a 10GW wind project in Egypt, also with our partners Hassan Allam Utilities and Infinity Power Holding – both will support Egypt’s decarbonisation objectives. Through Egypt’s hosting of COP27, our two countries have also been able to exchange expertise and share insights that we will take forward and build on in the UAE when we host COP28 next year.”