The MoU will serve as a framework to support the development of a renewable hydrogen industry and trade across the EU and Egypt, including infrastructure and financing 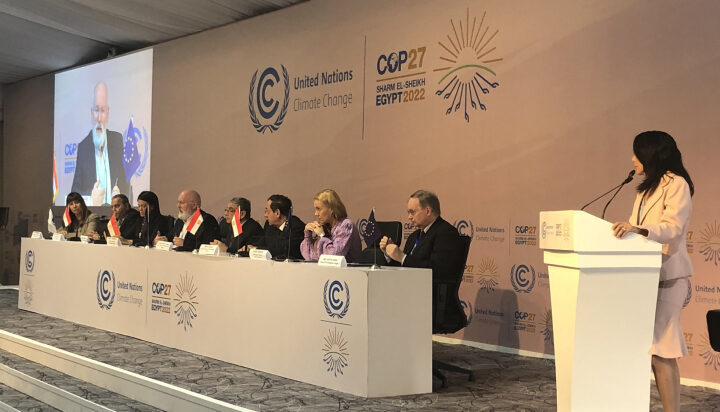 The European Union and Egypt have taken a further step to boost their long term co-operation on the clean energy transition.

They have signed a bilateral memorandum of understanding (MoU) on renewable hydrogen at COP27 in Egypt following a joint statement issued last week at the climate summit.

The MoU will serve as a framework to support long term conditions for the development of a renewable hydrogen industry and trade across the EU and Egypt, including infrastructure and financing.

The EU currently consumes around eight million tonnes of hydrogen per year, 98% of which is derived from natural gas.

The MoU will support the EU’s ambition of reaching 20 million tonnes of renewable hydrogen consumption by 2030 and help reduce dependency on Russian fossil fuels.

It will also facilitate investment in renewables and boost the decarbonisation process in Egypt as well as contribute to the establishment of a framework for a global rules-based market for hydrogen-based solutions, including safety and environmental standards.

Kadri Simson, EU Commissioner for Energy said: “Egypt has untapped potential to significantly scale up renewables. This will allow the country both to decarbonise its own energy system and support the EU’s efforts to diversify away from Russian fossil fuels. Everybody must benefit from the green transition and the Commission is showing it is ready to provide support for that.

“I welcome today’s agreements as an important step in our mutually beneficial and long term energy co-operation. I hope that this first partnership entirely dedicated to green hydrogen will set a positive trend and serve as an inspiration for others.”