Councillors are not all happy with the part of the city that will benefit, however 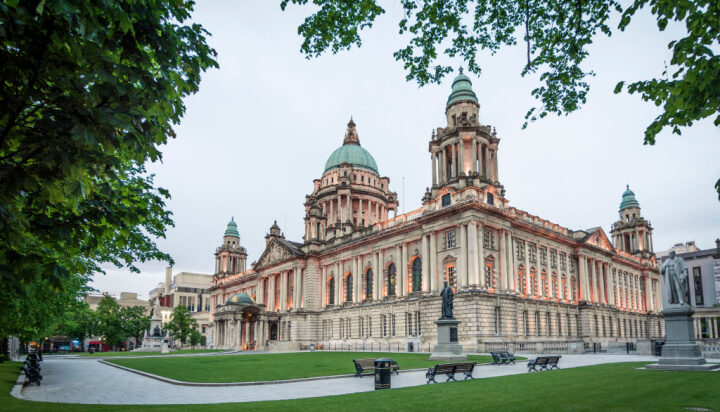 Belfast is set to receive more than €200,000 (£175k) from the EU to participate in its Net Zero Neighbourhood pilot scheme.

Belfast City Council has stated that the funding will be used to increase tree-planting, green infrastructure and implement a more environment-focused view to designing new parts of the city.

The council stated: “The framework could be tested initially in the Linen Quarter district, which has the aspirations of becoming the first sustainable and net zero business neighbourhood in Northern Ireland.”

Starting in this district, the aim is to see how successful the pilot is and then integrate the same thinking into other parts of Belfast.

Sinn Féin Councillor Áine McCabe explained that although she “welcomes” the decision, she would have liked to see it implemented in a different part of the city first.

She stated: “I would have liked to see it piloted in a more residential area. You have Grosvenor Road and Carrick Hill just outside this area, and in a lot of these neighbourhoods the air quality is quite poor.

“They are close to the city centre and given the reference in the report to key stakeholders being young people and families, I think it would be best piloted in a residential area.”

Fellow Sinn Féin councillor Ciaran Beattie echoed her thoughts: “To my knowledge the Linen Quarter isn’t really a neighbourhood, it’s a business district and it has received fairly heavy investment over the last decade.

“Looking at a net zero neighbourhood is something we should strive to do, not to look for an easy project within the city centre where there has already been heavy funding. It would be an unfair testbed because there aren’t many homes around the Linen Quarter.”

Green Councillor Mal O’Hara responded: “If we tried to create net zero neighbourhoods in these areas without doing huge groundwork in advance, those communities might reject it. I’m comfortable enough with the Linen Quarter going ahead and I do believe it has a residential population.”

The council has stated that the project is expected to be delivered by 2026.