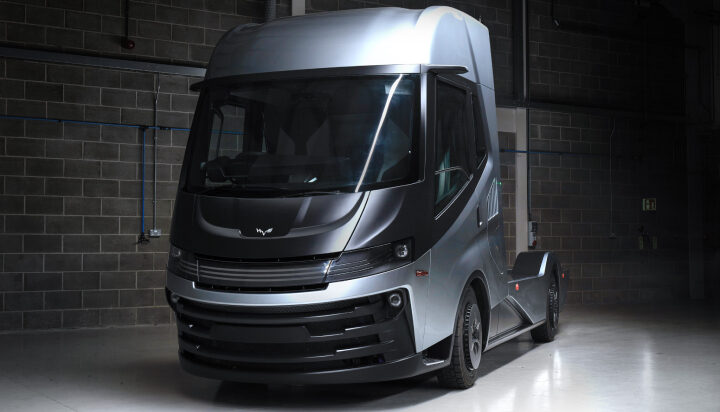 A Glasgow-based company has stated its desire to build 40-tonne hydrogen-powered lorries in the future.

Hydrogen Vehicle Systems has just released a glimpse into the first stage of developing the zero-emission HGV, with a 5.5-tonne scaled-down version of what could come to UK roads.

The company has called it a “Technology Demonstrator,” which entirely runs on a hydrogen fuel cell powertrain.

Technology has also been implemented into the build so that energy lost during braking is recouped and put straight back into the powertrain to give the vehicle an extra boost.

It has stated that the 40-tonne equivalent of its current truck would have a range of 310 miles and take no longer to refuel than a diesel version.

CEO, Jawad Khursheed, said: “Our zero-emission trucks are a key part of decarbonising the logistics sector. Hydrogen is the perfect fuel for the haulage industry, offering long ranges and quick refuelling thanks to stations easily integrated into key transport networks.”