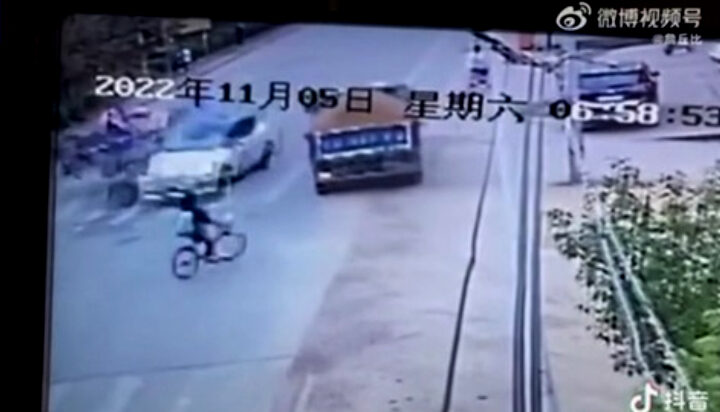 Two people have died and three have been injured, after a Tesla considered ‘out-of-control’ veered at speed along Chinese streets.

Footage shows a Tesla Model Y zooming down roads in Chaozhou City at high speeds, colliding with cyclists and drivers before crashing.

The 55-year-old man driving the car was trying to park when he lost control and the brake pedal would not respond, his family have said.

Tesla has stated that its data shows that brake pedal was never engaged but it is currently working with local authorities to find out what truly happened.

The incident occurred northeast of Hong Kong, with Jimu News reporting that a motorcyclist and a teenage girl had been killed.

In a statement to Reuters, Tesla added: “Police are currently seeking a third-party appraisal agency to identify the truth behind this accident and we will actively provide any necessary assistance.”

The company also added that in the videos the brake lights were never on, urging people not to believe “rumours.”