They are protesting inside the summit, as it is temporarily under international jurisdiction 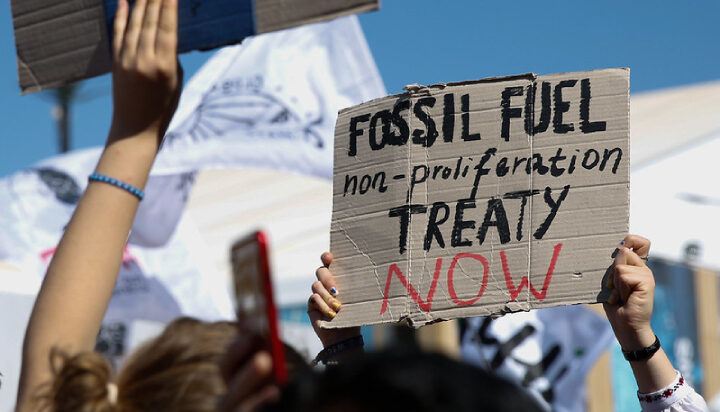 Climate campaigners at COP27 have marched inside the conference centre in Sharm El-Sheikh to combat an effective ban on protests.

Egypt has a policy against public protests, which has led activists to make their voices heard inside the COP27 venue – as the summit becomes UN-governed international territory during the event.

This means that international law is in place, rather than local legislation.

It has been common throughout the previous COP events for protestors to campaign as the summit is ongoing to push policymakers and world leaders to go further in their decisions and actions on climate change.

In Scotland last year for COP26, tens of thousands took to the streets to call for stronger climate action, however only a thousand were able to make their way into the summit to campaign this year.

The Egyptian government stated it had created an area designated for a climate protest, however it is not close to the main event, guarded by police and fenced off.

Gadir Lavadenz, a campaigner from the Egyptian climate organisation Global Campaign to Demand Justice, commented: “That doesn’t make any sense to for us. The idea is to make noise. To interrupt and disrupt things, under of course a peaceful mindset. Otherwise, it’s not a protest.”