It is proposing a temporary fast-track regulation that will accelerate permit granting procedures for renewable technologies, such as solar and heat pumps 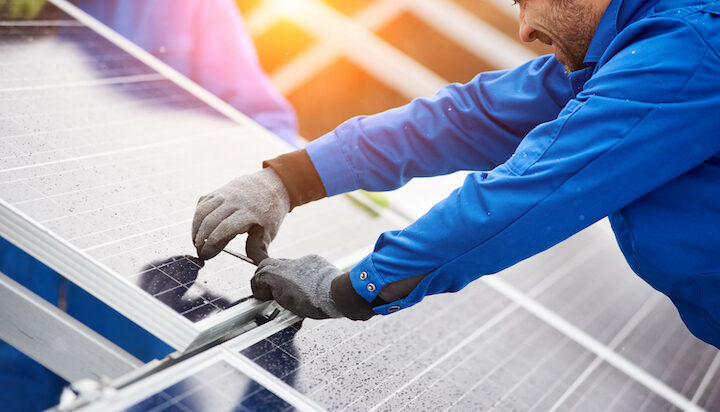 The European Commission has unveiled plans to implement an emergency regulation to speed up the planning process for new renewable energy projects.

It is proposing a temporary fast-track regulation that will accelerate permit granting procedures for renewables, targeting specific technologies and types of projects that have the highest potential for quick deployment and the least impact on the environment.

Under the rules, renewable power plants such as solar would be given an “overriding public interest” status and help them benefit from potential derogations from EU environmental legislation.

The Commission is proposing a maximum deadline of one month for the permitting process for solar energy equipment and its co-located storage and grid connections when it is not installed on natural ground.

The installations would be exempt from carrying out certain environmental assessments.

Repowering existing clean energy plants as well as heat pumps would be supported under the temporary emergency regulation..

The latest move is part of the Commission’s plans to contribute to the region’s energy security in the face of Russia’s invasion of Ukraine and rising energy prices.

Frans Timmermans, Executive Vice President for the European Green Deal said: “Renewable energy is a triple win for Europeans: it is cheaper to produce, cleaner for our planet and independent of Russian manipulation. This proposal is another step to fast-track the green transition and respond to the energy crisis started by Russia’s war in Ukraine.

“We uphold the necessary environmental protections by focusing on areas where there is strong evidence that there would be no concerns, such as solar panels on existing or already planned structures, or the renewal and upgrading of current plants that are near the end of their economic life. Coming in the middle of COP27, this proposal is also another demonstration that Europe is taking action to deliver on our climate promises.”